“They must go out of the theatre with the strength they live by strengthened from looking upon some passion that could, whatever its chosen way of life, strike down an enemy, fill a long stocking with money or move a girl’s heart,” W.B. Yeats once said.

And indeed the audience that packed with 1,200 people into Manhattan’s Town Hall on Monday, June 8, for The Irish Repertory Theatre 2015 Gala performance hosted by Sarah Jessica Parker and Matthew Broderick, did leave strengthened in ways that Yeats would have applauded and deemed a great to mark his 150th birthday.

Charlotte Moore, director of the gala performance and Artistic Director of Irish Rep, which she and Producing Director, Ciaran O’Reilly founded 27 years ago, made what she called the “gorgeous language of the Nobel Prize Winner shine forth through in many facets.” 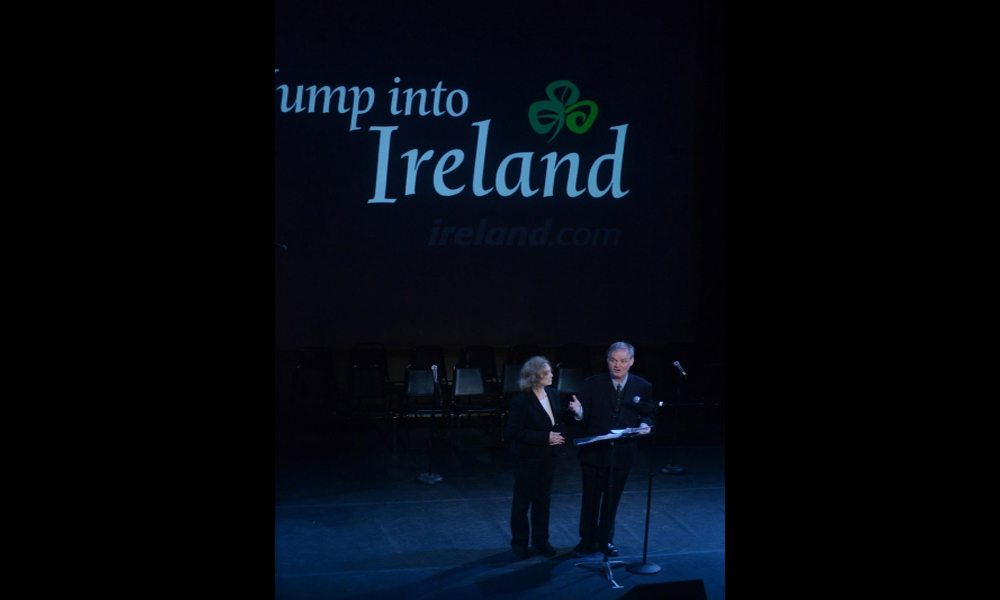 There was music – a magnificent 22-voice chorus and the incomparable singers Melissa Errico and Ciarán Sheehan supported by the eight musicians, under the direction of John Bell, who took us into Yeats’ world. 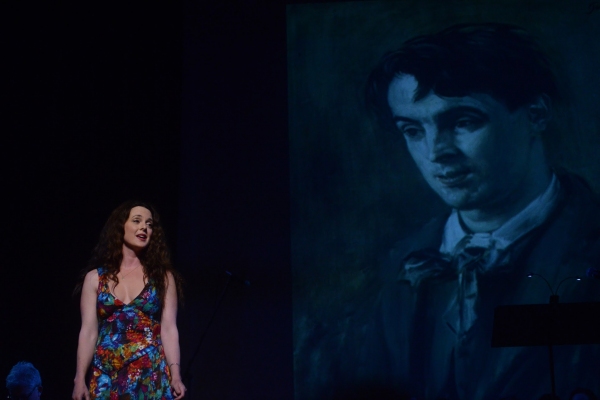 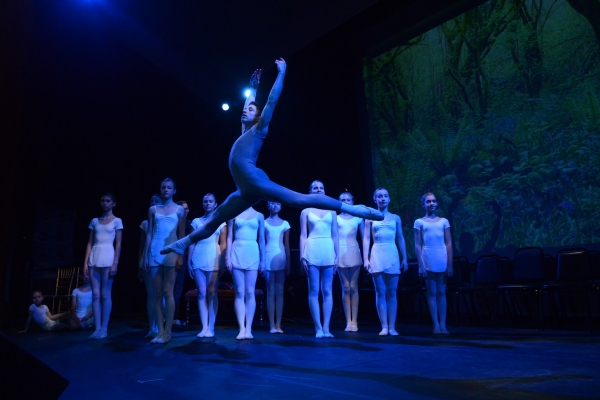 The poems themselves were interpreted in ways “that could strike down an enemy or move a girl’s heart.” When Olympia Dukakis summoned the Parnellites “To Come Gather Round Me, we felt the building political force that would culminate in Easter 1916,” as Ciaran O’Reilly made Yeats’ personal connection to the men who were executed palpable.

The love poems were well represented too. Matthew Broderick shared Yeats’ relief that there was “No Second Troy” for unrequited love for Maud Gonne to burn down, but then he read, “When You are Old” so tenderly that Yeats’ life-long devotion for his muse’s “Pilgrim Soul” could not be denied. In response, Broderick’s wife, Sarah Jessica Parker, gave him that special smile when he sat down next to her after the reading. 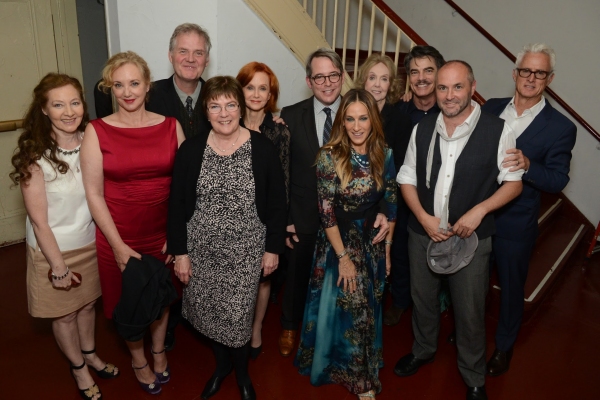 The couple hosted the evening with a gracious warmth and when, Sarah Jessica Parker, read “Sweet Dancer,” her passion seemed to summon host of ballerinas to the stage, including a little girl who looked to be only five years old and might well have been “The Stolen Child” actress Swoosie Kurtz so movingly evoked in her rendition of Yeats’ poem. 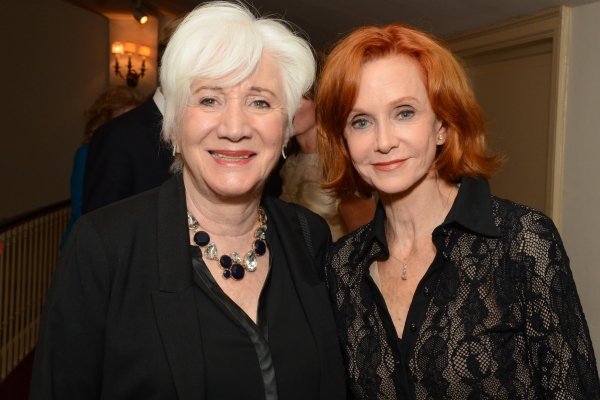 Actor Peter Gallagher used the poet’s own words to explain how he could turn “Beautiful Lofty Things” into poetry. Writer Colum McCann made “Byzantium” present and also connected us to the young Irish Airman as he foresaw his death, summoning powerful emotions for both. 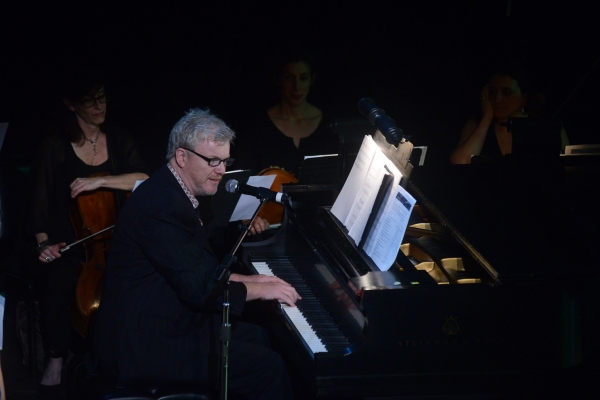 “I am of Ireland,” actor John Slattery proclaimed and urged us to come and dance with him. Brian Murray gave us Father Gilligan in the flesh, while Terry Donnelly could tell us a ghost story and intone Yeats’ is own epitaph under Ben Bulben in lines with equal force. J. Smith Cameron shared Yeats’ feelings on first publishing his poems.

In huge ‘coup de theater,’ Yeats’ own granddaughter, Caitriona Yeats, took to the stage. She told us that while growing up, she often wish to distance herself from her famous ancestor, but how the evening’s performance had made her appreciate his genius even more and embrace it whole-heartily. “I will arise go now,” she intoned and we all followed her to Innisfree. ♦

The Irish Repertory Gala was just one of many events this week intended to honor the unparalleled legacy of W.B. Yeats in anticipation of his 150th birthday this Saturday, June 13th.

On Tuesday, June 9th, The Yeats Society of New York held their 25th anniversary celebration, a “Roast and Toast” of the society’s founder Andrew McGowan and tribute to Yeats. Held at the landmarked National Arts Club, the evening combined stirring live readings of Yeats’s poetry with in-person and video tributes to both Yeats and McGowan.

Among those who paid tribute that evening were: MC and board member Don Bates; George Heslin, founder of the Origin Theatre Company; Declan Kiley, curator of the Morgan Library and Museum; Larry Kirwan, lead singer of Black 47; and Barbara Jones, Consul General of Ireland in New York. Video tributes came from the likes of noted novelist Peter Quinn, celebrated raconteur Malachy McCourt, and Charlotte Moore, artistic director of the Irish Repertory Theatre.

McGowan, who was born in the Bronx to Irish immigrant parents from Donegal and Leitrim, founded the Yeats Society on June 13, 1990, corresponding with the poet’s 125th birthday, in an attempt to rejuvenate interest in one of Ireland’s most important literary minds. Since then, he has grown the society into one the largest such organization intended to honor a single individual. In fact, the evening was so large and successful that people were being turned away at the door. 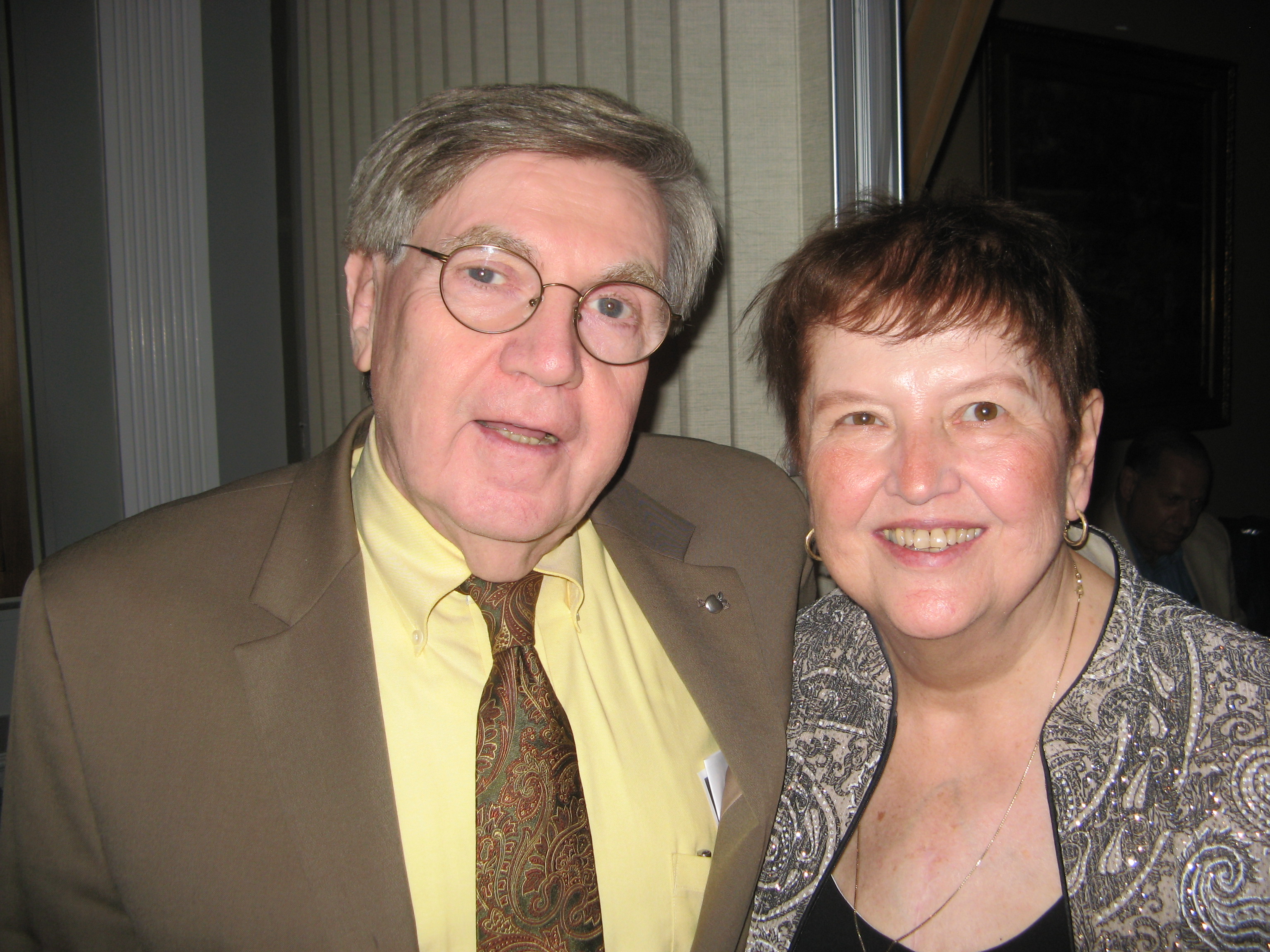 And on Wednesday, June 10th, the Abbey Theatre, in partnership with the Consulate General of Ireland in New York, staged a far-too-short performance piece consisting of dramatic re-enactments of Yeats’s letters and poems from the time leading up to the founding of the Abbey Theatre in 1904.

“Yeats on Stage: Down Off His Stilts” was brilliantly compiled and edited by Aideen Howard, the former literary director of the Abbey, and current director of The Ark, an organization dedicated to giving children access to cultural work in Ireland and directed by Irish director Jim Culleton.

Staged in the resplendent Gilder Lehrman Hall at the Morgan Library and Museum, “Yeats on Stage” provided a sharp and insightful look into the private psyche of Yeats, and challenged and re-defined how distinct the public Yeats and the private Yeats are in the popular imagination. Indeed, themes of the public versus the private abounded throughout the evening, with several items from the Morgan’s own collection of Yeats materials on display in the original Beaux-Arts library of Pierpont Morgan (commonly called, simply, Mr. Morgan’s Library), who founded the library in 1906. Housed in the same room as Mr. Morgan’s Gutenberg Bibles, the Yeats papers will be on display through November.

The sold-out program takes its title from Yeats’s introduction to the Oxford Book of Modern Verse, published in 1936: “But at the turn of the century there was a dramatic change: Then in 1900 everybody got down off his stilts; henceforth nobody drank absinthe with his black coffee; nobody went mad; nobody committed suicide; nobody joined the Catholic church; or if they did I have forgotten.” But here, instead of committing to the end of Victorian literature and the Fin-de-Siècle decadence to which Yeats was referring, the program leveled Yeats the man with a contemporary audience, and updated his relevance for a new cycle of Yeats appreciation. 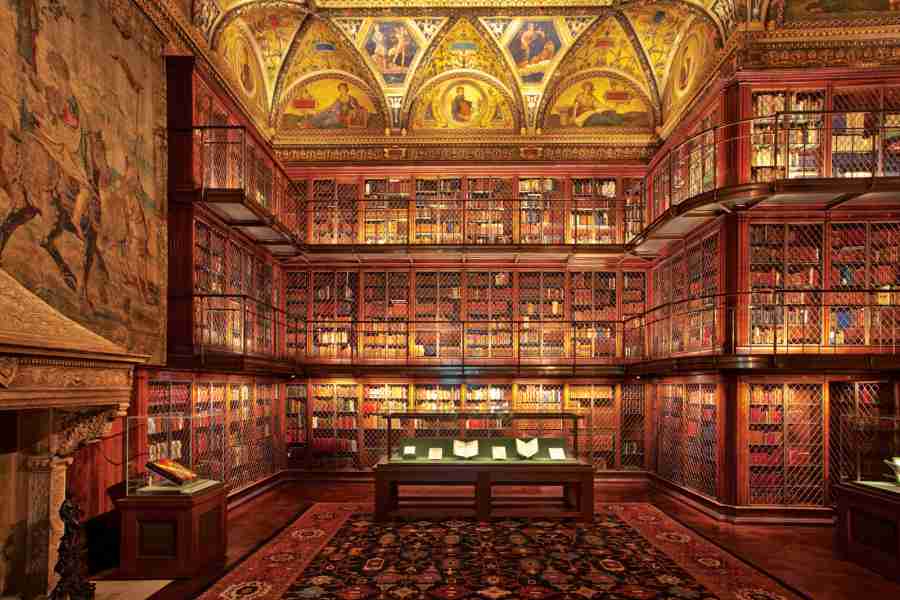 And in Atlanta, in partnership with the Irish Consulate there, renowned Yeats scholar Jim Flannery is hosting a birthday tribute on the 13th. “Of special interest,” Flannery says, “is the participation of two-time Poet Laureate, Natasha Trethewey, one of the major voices for the African-American experience, who cites Yeats as the source of her combined aesthetic and political impulse as well as her distinctive cadenced style as a poet.”

Flannery, who is Winship Professor of Arts and Humanities emeritus at Emory University in Atlanta, founded the W.B. Yeats Society there, as well as established the Yeats International Theatre Festival at the Abbey Theatre in Dublin, with original funding provided by Don Keough, the former CEO of Coca-Cola who died earlier this year. The event, Flannery says, is dedicated to his memory. “Don made the Yeats Foundation and the Yeats Festival at the Abbey Theatre possible. There’s not a day when I don’t miss him,” he said.

These events are only a sample of the countless events that are all part of the Yeats150 celebrations. Internationally organized, this year is the year of Yeats, and surrounding his birthday, are three straight days of “Yeats Day,” with events from Beijing to Chicago and everywhere in-between. Check out the website for events near you. – A.F.