Police officers carry Moore’s coffin from the church. (All photos by Peter Foley)

Family members, friends, neighbors, and thousands of police officers from across the country, gathered at St. James Roman Catholic Church in Seaford, New York, on Friday, May 8, to pay their last respects to NYPD officer Brian Moore, nearly a week after he was shot in the line of duty.

Moore, 25, who was part of the anti-crime unit of the 105th Precinct, was on duty in Queen’s Village when he questioned a man he suspected of carrying a weapon.

Demetrius Blackwell, 35, opened fire, shooting Moore in the head. Moore died two days later. It was discovered that Blackwell’s weapon had been stolen from a pawn shop in Georgia. 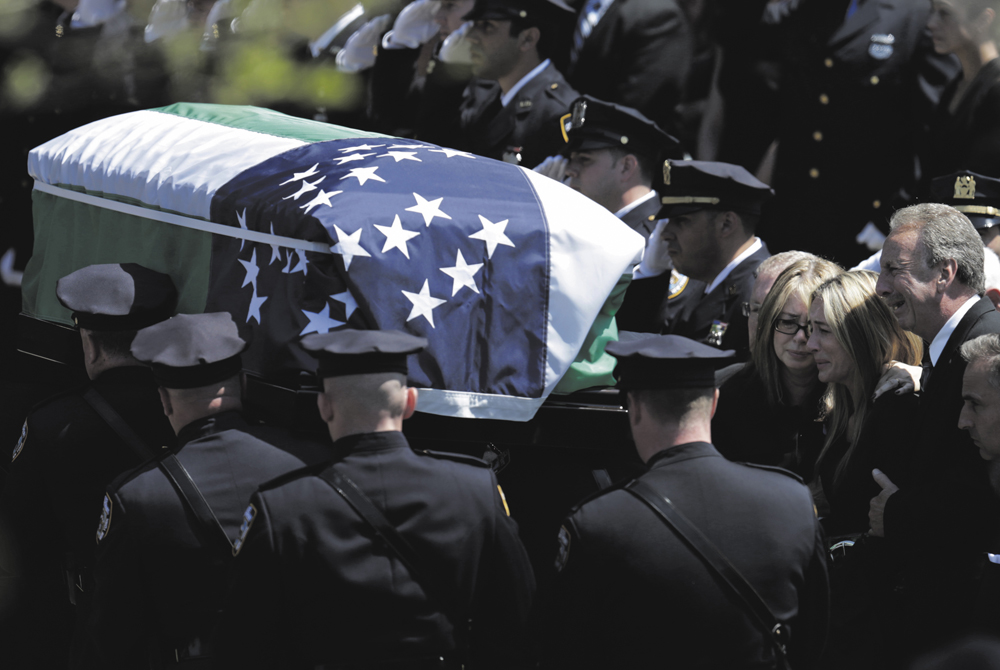 Born into a family of police officers, Moore had always wanted to join the NYPD. His father and his uncle were on the force and so were his cousins.

A childhood friend told a TV news crew that as a kid “Brian would dress up as a policeman for Halloween.”

New York City Mayor Bill de Blasio said Moore represented the very best of New York City. “We are all gathered to mourn the loss of a great man – a young man, but a very great man. And we are all heartbroken, as are the people of our city.” 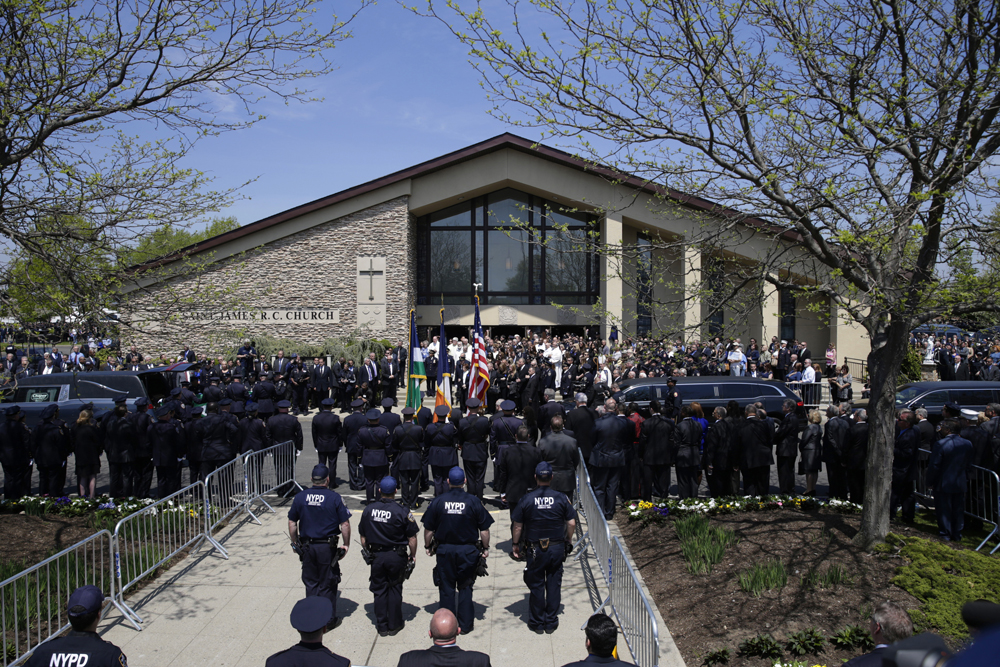 The scene in front of St. James Catholic Church in Seaford, New York.

Moore, who was only on the force for five years, had already earned several department medals, and made more than 150 arrests.

Everyone who spoke during the funeral remembered Moore’s sense of humor and his smile. 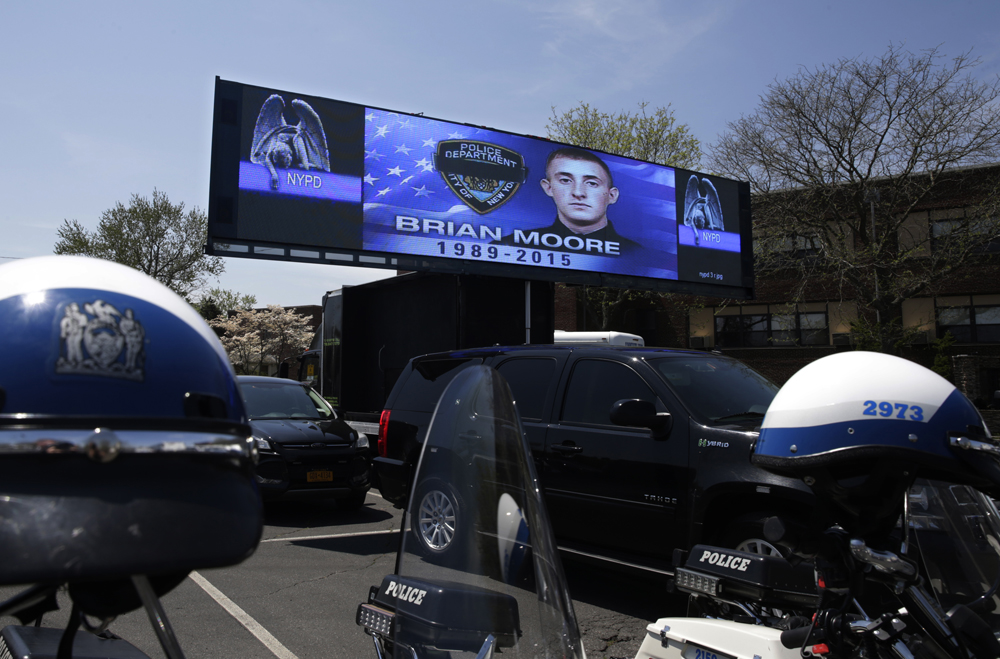 “Any funeral is difficult but maybe especially a slain police officer’s funeral because you can’t help but be reminded of what a violent society we live in. Will it ever change?” commented photographer Peter Foley who covered the funeral. ♦