Cardinal Edward M. Egan, the former archbishop of New York, died in March of cardiac arrest at the age of 82. He led the Archdiocese of New York from 2000 to 2009, years marked by sexual abuse scandals and economic distress.

Born in a Chicago suburb in 1932, he showed an early vocation for the priesthood and, despite his battle with polio, graduated at the top of his class. He spent much of his early career in Rome as a student, teacher, and canon lawyer and judge. In 1988, he was named bishop of Bridgeport, Connecticut, where he dealt with both debt and scandal. After inheriting the debt-ridden Archdiocese of New York in 2000, Egan closed several schools and churches, as well as merged several parishes in accordance with the shifting Catholic populations. This rendered him rather unpopular, despite his claiming to have eliminated the archdiocese’s operating deficit.

When the Church’s sexual abuse scandals broke, Cardinal Egan staunchly denounced molesters and suspended over a dozen priests in the archdiocese. He still drew criticism from both sides; victims and their advocates decried the lack of a public disclosure, while other clergy claimed the cardinal had failed to support his accused colleagues. In 2002, he issued an apology for the Church’s handling of the cases.

According to his friends, he was most comfortable in the role of parish priest and often accepted invitations to officiate anniversary Masses and confirmation sacraments, especially after he stepped down as archbishop. In 2007, Cardinal Egan initiated the enormous renovations on St. Patrick’s Cathedral, to be completed in 2016. Many of the cardinal’s admirers will count his finest moment in office as his response to the September 11th attacks, when he offered guidance and comfort both to political leaders and the people of New York.

“He was passionate about education, and about improving the lives of the most disadvantaged New Yorkers,” said Joseph J. McShane, president of Fordham University. “He will be sorely missed by the Church and the city that he loved.”

Mary Doyle Keefe was the face behind Norman Rockwell’s iconic “Rosie the Riveter” image. She died in April at the age of 92. In 1943 while America was embroiled in WWII, Rockwell contacted Keefe, his neighbor, for a series of photographs to be taken over two sittings. Keefe was paid five dollars for each sitting, but the real payoff was the painting. Rockwell took inspiration from Michelangelo’s Isaiah on the Sistine Chapel and the 1942 song “Rosie the Riveter” by Evans and Loeb. The likeness between Rosie and Keefe can only be found in her red hair and pale Irish skin, as Keefe was neither a riveter nor quite so muscular. She said as much in an interview with the Norman Rockwell Museum in 2002 saying, “Except for the red hair I had at the time, and my face, the rest I don’t think is me at all.”

Keefe was born in Bennington, Vermont on July 30, 1922 and graduated from Temple University, later marrying Robert Keefe and working throughout New England as a dental hygienist. She is survived by her four children, 11 grandchildren, and five great-grandchildren.

Over the years, Rockwell’s image has become a symbol of the emancipated woman that coyly mixes genders while upholding patriotic zeal. Rosie is a woman who has grown out of the cloistered confines of the home and is ready to take Germany, and the world, by storm. Keefe herself never forgot the now classic image that bears her likeness and continued to give interviews throughout her life, including a notable appearance on the Tonight Show (riveter in hand) in the 1990s. She also remained fond of her relationship with Rockwell, cherishing the letter he sent her in 1967 that read, “The kidding you took was all my fault because I really thought you were the most beautiful woman I had ever seen.” 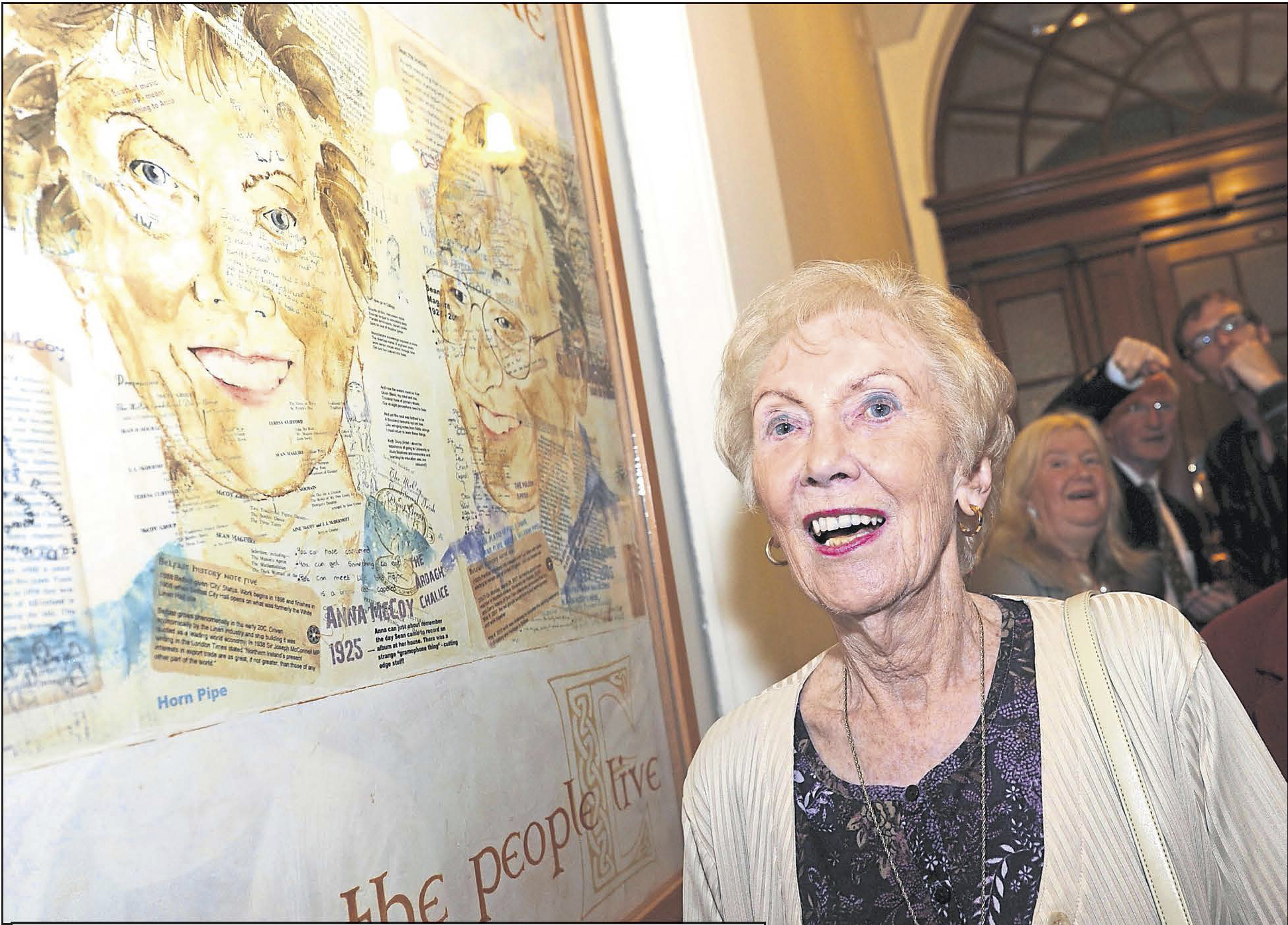 When she took to the stage in America, a wave of nostalgia came crashing over the transfixed minds of the audience, because their eyes had seen the grace and grandeur of a Belfast style of Irish dance. Anna McMurray, who brought Irish dance to the U.S., died in March, after teaching for more than 70 years.

For McMurray, this Irish dance was just as much about preserving the Irish past as it was about creating an identity in the present, and that is why we must celebrate the memory of the Irish dancer and teacher Anna McMurray (née McCoy), who was just as much a force for artistic syncretism as she was a conduit of tradition.

Anna and her dancers were first seen in America on film and on stage in the 1940s and 50s. They performed in Boston, Chicago, Philadelphia, as well as New York, where they brought Irish dance to the stage at Carnegie Hall for the first time. They were broadcast into American living rooms, appearing on Arthur Godfrey’s popular TV program in 1955. Their performances captivated the American public and caused a curiosity and a demand for the new Belfast- Derry style, which was soon being taught throughout the United States.

“The wonder is not that these dancers were so popular in America,” reported The Cork Examiner in May, 1957, “but that America ever allowed them to return home.”

Anna and her students won countless awards, victories, and honors throughout Ireland, America, and Europe, but behind the accolades was always a passion for teaching, and her legacy remains in the steps and style of her students. 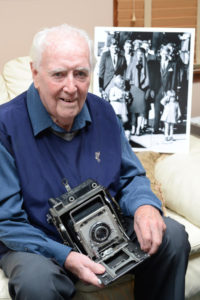 Dan Farrell, the prolific New York Daily News photographer whose iconic image of a grieving Kennedy family at the state funeral of JFK, has died. He was 84. Farrell’s photograph made front page headlines during the mournful days following Kennedy’s assassination.

The Kennedy funeral on November 25, 1963 was a national day of mourning, and a day that Farrell, years later, said that he would never forget – “it was the saddest thing I’ve ever seen in my whole life.” He was nestled in a spot across from St. Matthew’s Cathedral, he told the Daily News in 1999, when Jacqueline Kennedy nudged young John-John to salute. Farrell captured it in a single shot.

Daniel Boyle Farrell was born on Halloween day, 1930, in Pennsylvania. He joined the navy in the late 1940s and fought during the Korean War. Upon his return, he joined the Daily News as a copy boy, making his way up the ladder to eventual photographer. It was during his more than 45-year career as photographer that he documented some of the most important events of the twentieth century, including coverage of the Beatles and Rolling Stones, images of Marilyn Monroe, Allen Ginsberg, and Che Guevara, as well as the 1971 championship match between Muhammad Ali and Joe Frazier.

Farrell was nominated for a Pulitzer Prize for his image of JFK Jr., but lost to Robert H. Jackson of The Dallas Times Herald who photographed the assassination of Lee Harvey Oswald by Jack Ruby. Farrell continued to keep his camera handy even after he retired in 1996.

He was predeceased by his wife of 55 years, Mary, in 2012, and is survived by numerous children, grandchildren, and great-grandchildren.