The Willis Clan have carved out quite the reputation for their musical skills and now have a new reality TV show on TLC.

There is a moment during a Willis Clan performance when the stage lights seem to go away and you’re swept into that ancient time and place where Irish music and dance were born as rituals that could bind a community together, banish fear and lift sorrow by unleashing a spirit that resisted all domination. Certainly those original sessions were family affairs and perhaps that is why the 12 Willis children, eight girls and four boys ranging in age from four to 26, create a kind of elemental frisson. 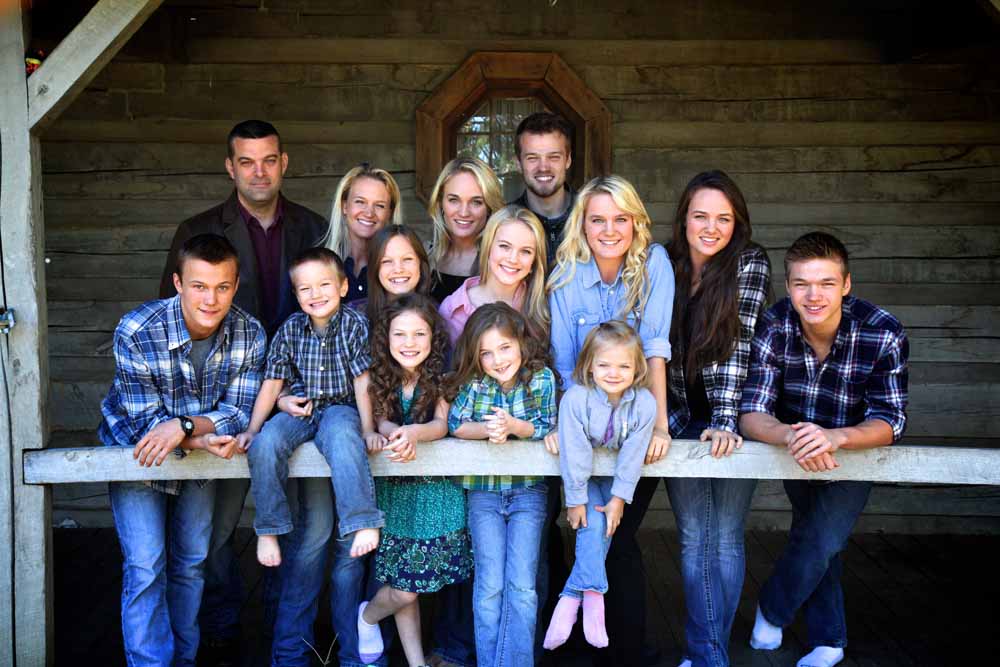 The Willis Clan, with parents Tony and Brenda back left. (M.D’Angelo)

But perhaps it’s also because this high-energy “make a joyful noise” performance comes from a place of tragedy.

In 1994, Toby and Brenda Willis were a young married couple with two toddlers and another child on the way, when the family was struck with

unspeakable horror. The van carrying Toby’s parents and six of his brothers and sisters hit a metal object on the highway and burst into flames. First responders were able to save the parents, but all six children died. Only Toby, his sister Amy, and brother Dan who had not made the trip remained. An investigation showed that the truck driver whose reckless driving was responsible for the accident had bribed an official to acquire a license he was not qualified to have. The ensuing scandal sent an Illinois governor to jail.

But Scott Willis, Toby’s father, is a minister, and he and his wife Janet found in their faith a sustaining strength that astounded and inspired the wider community of Chicago. Brenda and Toby found an unexpected way of coping with the unimaginable pain when they attended an early performance of Riverdance and found solace in its music and dance.

Brenda Willis told me this story when I stopped in to see the family on their mountaintop in Tennessee about 20 miles from Nashville. I arrived just in time to watch the last episode of the reality show about the family which premiered May 5th on TLC and will be shown every Tuesday for the next 13 weeks at 10 p.m./9 p.m. Central.

My cousin Tom McGuire had insisted that I visit the family and write about them for Irish America. Like him, the Willises are South Siders. There was a further bond – his girlfriend’s brother Jim Duffy had coached Toby Willis to an Illinois State Championship in wrestling in 1988. It was a life-changing event for Toby. Northwestern University offered him a scholarship where he went on to compete as a wrestler, but he also mastered computers. He would go on to provide the technical support for the family’s performances.

“We both wanted a big family, and I thought our boys would be wrestlers,” Brenda told me. What about the girls? “Somehow, the combination of the physical and spiritual we saw in Riverdance answered the need we had for all our children to reach beyond themselves. It was something we could do as a family.”

The family’s most immediate Irish roots are in Mayo but they are an American amalgam (see Willisclan.com), and that is reflected in their music, which combines traditional Irish with country, pop, sacred music, and even barbershop. The children mastered the bodhran, fiddle, uilleann pipes, accordion, tin whistle, and guitar, learning from great Irish musicians: Joanie Madden, Liz Carroll, Paddy Homan, Cathy Jordan, and Moya Brennan. And dancing, always dancing.

The Willis Clan have won dozens of medals here and in Ireland, and appear in Irish festivals across the U.S. In 2014 they led fans on a tour of Ireland, which they will repeat this June.

It was their appearance on “America’s Got Talent” that alerted the country to this unique clan and they became regulars on the Grand Ole Opry. And now, through this reality show, we will all get to know this family and learn how the music that began in ritual has the power to heal, has connected them to the past, and made the future possible.

Their latest album, released on May 19th, is called Heaven, and its that reaching for the spiritual that makes Irish music and the Willis clan unique. ♦

UPDATE: This post originally misidentified the type of driver responsible for the accident that killed six of Toby Willis’s siblings. It was a truck driver, not a drunk driver. This post has also been changed to reflect the fact that “The Willis Family” airs only on TLC, Tuesdays at 10 p.m. / 9 p.m. Central. It does not air on GAC.

3 Responses to “The Willis Family”