The Grey Nuns at Quinnipiac

A new exhibit on the Grey Nuns hosted by Ireland’s Great Hunger Institute at Quinnipiac University opened April 1. A private event launching the exhibit took place on March 31 with the Canadian Consul General, Quebec Delegate to New England, and the Irish Consul General of New York all in attendance.

The long overdue exhibit shines a light on the untold number of English and French Canadians who provided charity and support for the thousands of immigrants who fled Ireland during the Famine. Foremost among them were the Sisters of Charity, who were more commonly referred to as the Grey Nuns. Theirs is a story of compassion and resolve during a time of great suffering and one which has been largely overlooked. 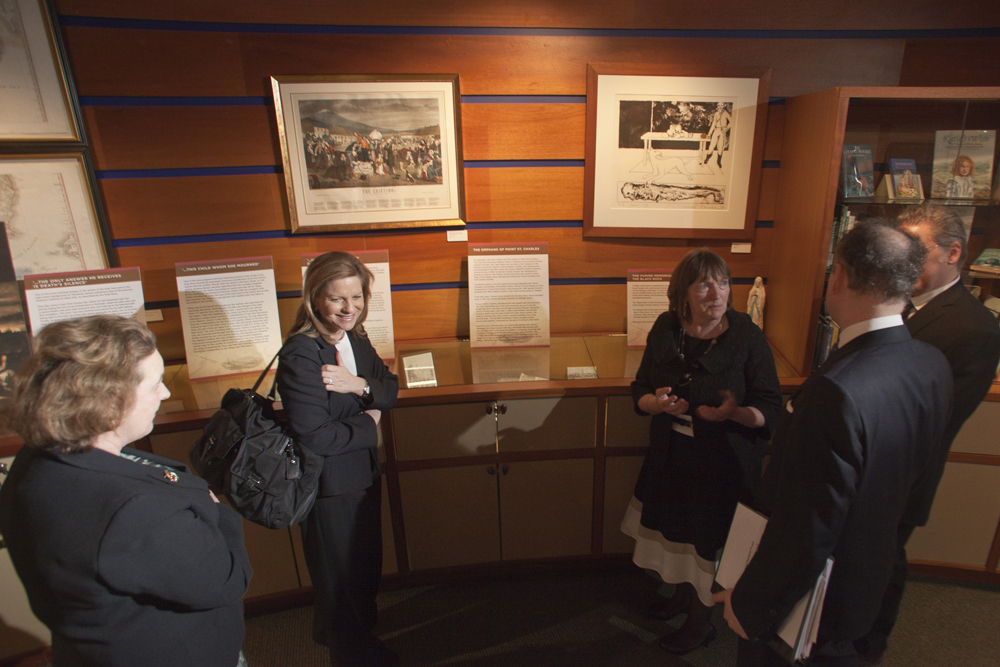 The exhibition, “Saving the Famine Irish: The Grey Nuns and the Great Hunger,” was a joint collaboration between Christine Kinealy, founding director of Ireland’s Great Hunger Institute and professor of history, and Jason King, Irish Research Council postdoctoral fellow at Moore Institute at Galway University, and the Arnold Bernhard Library. Kinealy said of the exhibit, “The story of the Grey Nuns, and of the other religious orders who helped the dying Irish immigrants, is one of kindness, compassion and true charity” adding “this is a remarkable story that deserves to be better known.” ♦