Oscar Wilde, the playwright, novelist, poet, and critic of world renown, has long been labeled Anglo-Irish, but an examination of his roots puts the question of Oscar Fingal O’Flahertie Wills Wilde’s Irishness to rest once and for all.

All Irishmen must feel a little defensive when someone points out that some of our famous writers are Anglo-Irish – as if they are just English men and women whose family has been resident in Ireland for centuries, but whose blood remains Anglo.

Oscar Wilde (1854 – 1900) is a case in point. Despite his Gaelic given names, Oscar and Fingal, despite his mother’s fiery Irish patriotism (her poetry one of the mainstays of the Young Irelanders Movement of 1848), and despite his father’s keen interest in Irish antiquities and Irish folklore, one might still worry that he is one of these English Irishmen – not really one of us.

Well, set your Irish hearts at rest, for Oscar’s paternal great-grandmother was none other than Margaret O’Flyn of Connaught, and his grandmother, also on the father’s side, Emily Finn (Finn, as in the hero of Joyce’s Finnegans Wake) was the daughter of John Finn of Ballymagibbon, near Cong, County Mayo. Emily and Dr. Thomas Wilde had Sir William Wilde, father of the author.

Oscar, you’re indeed one of us – thank goodness! 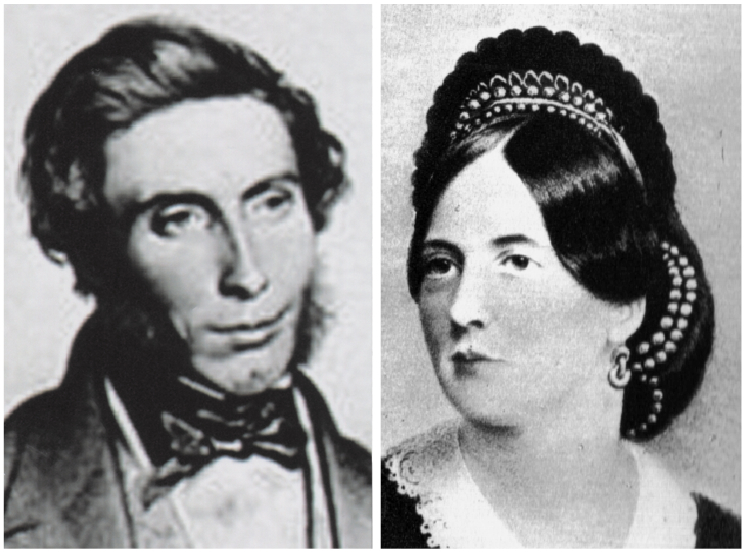 Oscar’s paternal grandfather, Thomas Wilde, was born in the village of Kilkeevin, County Roscommon, in 1815. Rather than assiduously attending the Royal School, he is said to have spent his time exploring cahirs (stone ringforts) and fishing with his older friend Paddy Walsh.

Walsh, one of whose legs was six inches longer than the other, was a great fiddler, hunter, and fisherman. He was also a funerary assistant, acting as an aide to the women who properly laid out the bodies in the caskets and, atop the coffin lid laid crosswise, the attendant food and drink for the mourners. From him, the future Sir William Wilde, later the eminent eye and ear specialist and father of Oscar, learned the outdoor life. Young William also spoke the Gaelic language, something that his son Oscar never did. 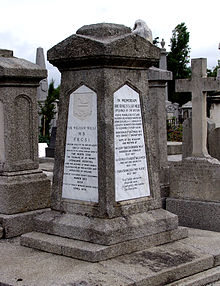 Memorial to Sir William Wilde and his wife in Mount Jerome Cemetery, Dublin.

The Finn family of Ballymagibbon harbored Augustinian canons driven from the monastery at Cong, including the Lord Abbot, Fr. Prendergast, who stayed with the Finns until his death at the age of eighty-eight in 1829. He is described as a “fine, courteous, white-haired old man,” and it is probably from him that young William Wilde first derived his interest in the relics of ancient Ireland, some of which were in the possession of the Abbot himself. (Now in the possession of the National Museum of Ireland.)

These included the Cross of Cong, “reputed to be one of the finest specimens of enameled and jeweled metal work of its age in the Western world.”

Father Prendergast also possessed the Shrine of St. Patrick’s Tooth, a beautiful jeweled and decorated reticule of wood, bronze, and precious stones, said to have been made to hold one of the saint’s teeth.

He even had a bit of discolored ribbon said to have been dipped in the blood of the English King Charles I, decapitated at Whitehall in 1649.

This culture was the heritage of William Wilde, father of Oscar, before he went up to Dublin to be trained as a surgeon and emerge as reportedly the most distinguished ear and eye doctor in Europe. Sir William passed on many of the stories – lived and heard of his Western Ireland boyhood to his son – as well as bequeathing Oscar a large share of the purest Irish blood. Thank goodness.

This article was published in the June / July 2015 issue of Irish America.  ♦

4 Responses to “Roots: Is Oscar Irish?”