Evanna Lynch (right) with George Webster in My Name Is Emily. 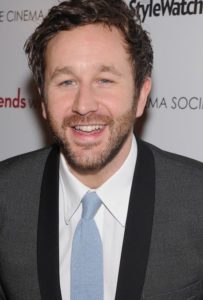 Irish talent meets American controversy in the upcoming film Icon. Icon is a biopic about American cyclist Lance Armstrong, who won seven consecutive Tour de France races and survived cancer, only to be brought down by revelations that he used performance-enhancing drugs. Ben Foster will portray the cyclist, while Roscommon native Chris O’Dowd (Bridesmaids, This is 40) will portray Irish journalist David Walsh. It was Walsh’s book Seven Deadly Sins (a reference to Armstrong’s tainted victories) that shed light on Armstrong’s drug use, though not before more than a decade of allegations of shoddy journalism. Dustin Hoffman, Lee Pace, and Jesse Plemons are also slated to star in Icon, which is expected to hit U.S. screens in August. Next year, look for the always-busy O’Dowd to appear in Tim Burton’s next film Miss Peregrine’s Home for Peculiar Children.

Louth native Evanna Lynch (best known as Luna Lovegood to a generation of Harry Potter movie fans) is the lead actress in an upcoming movie entitled My Name Is Emily. But Irish director Simon Fitzmaurice has to be considered the true star of the movie. Fitzmaurice wrote and is currently directing My Name Is Emily, even though he was diagnosed with ALS a number of years back. The film explores a teenaged love affair that is put to the test when the girl (Lynch) leaves her foster home and sets out to find her father, a writer who has been living in a psychiatric ward.

The good news? Liam Neeson’s next movie is not an action revenge movie. The bad news? It’s not exactly Schindler’s List either. In June, look for the Ballymena native in Ted 2, the sequel to the first comedy starring Irish American Mark Wahlberg as a man-child with a wife and a foul-mouthed teddy bear best friend. Neeson is among the star-studded Ted 2 cast, which also includes Amanda Seyfried and Morgan Freeman. Afterwards, Neeson will lend his vocal talents to The Nut Job 2 in 2016. It appears Neeson will have to put his brains to use in another movie also slated for next year. To be directed by Martin Scorsese, the film is entitled Silence. Though details remain sketchy, the film is based on a novel of the same name from the 1960s. Silence tells the story of a Jesuit missionary in 17th century Japan. The missionary faces persecution and the novel has been praised for raising profound questions about good, evil, and God’s influence on earth. Neeson will also appear in a horror-fantasy entitled A Monster Calls in 2016.

Speaking of fantasy, Ethiopian-born, Limerick-reared actress Ruth Negga (Breakfast on Pluto) will appear in the 2016 film Warcraft, based on the popular video game. Most recently, Negga teamed up with a load of top Irish talent, from director Stephen Bradley to actress Deirdre O’Kane, in Noble, the biopic of Irish activist Christina Noble. Others in the Warcraft cast include Paula Patton, Dominic Cooper, and the aforementioned Ben Foster.

Irish-American comic Colin Quinn is slated to appear in one of the more highly anticipated comedies of the coming summer. Quinn – a Brooklyn native – will star in Trainwreck, which was written by sizzling hot comedian Amy Schumer. Schumer, whose show on Comedy Central is one of the network’s top-rated programs, also stars in Trainwreck, which is based on much of her stand-up material. Rounding out the A-list comedy talent behind the film, Trainwreck will be directed by Judd Apatow (Superbad, 40 Year Old Virgin). Trainwreck also features Bill Hader (Saturday Night Live) and Tilda Swinton. Quinn, who was most recently seen in several episodes of HBO’s Girls, can also be seen in a recently posted Internet satirical cop show entitled (you guessed it!) Cop Show. 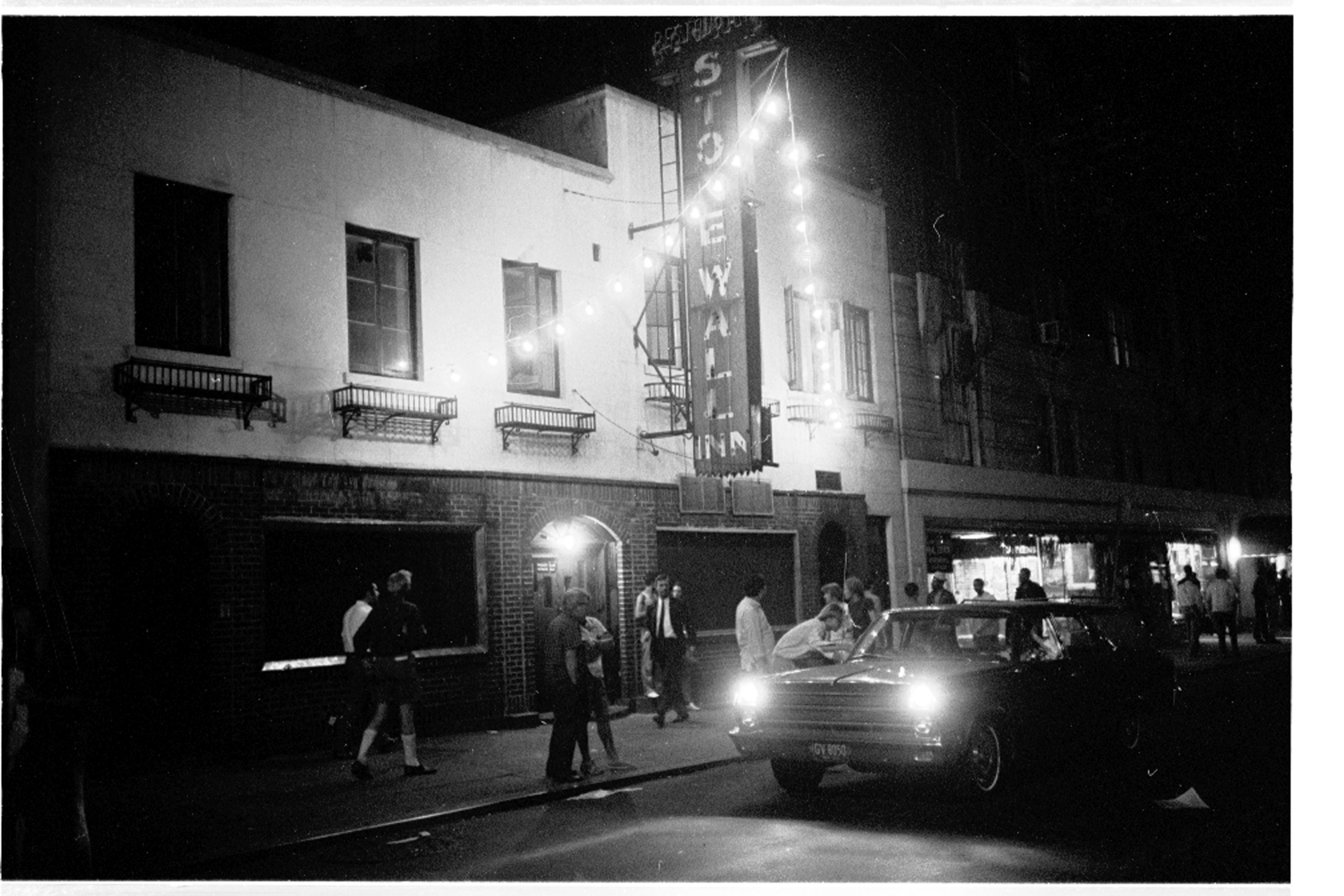 With Wolf Hall on PBS closely analyzing the dirty deeds of the British monarchy, it’s easy to forget that Irish actor Jonathan Rhys Meyers did that for a number years on the Showtime series The Tudors. Rhys Meyers has kept plenty busy since that series ended a few years back. The Dublin native has at least three movies slated for release in 2015 including Stonewall, a historical drama about the rise of the gay rights movement in America. The film will explore the seemingly uneventful evening of June 28, 1969, when patrons gathered at the Stonewall Inn in New York’s Greenwich Village. A police raid tapped into anger over years of abuse, and an uprising followed. Many date this as the birth of the modern gay rights movement. This film is particularly relevant given the raging debate over gay marriage, which has risen all the way up to the Supreme Court in recent months. Rhys Meyers will also appear in the upcoming movies Byrd and the Bees and The Damascus Cover.

The Irish Film and Television Awards (held May 24) featured top Hollywood Irish talent – and shined a light on fascinating movies American audiences might have missed. Frank and Patrick’s Day each earned nine IFTA nods while Glassland (starring Wicklow-reared Transformers: Age of Extinction star Jack Reynor) picked up six nominations. Directed by Irishman Lenny Abrahamson, Frank is an offbeat exploration of a rock band, starring Domhnall Gleeson and Oscar nominee Michael Fassbender, who will soon be appearing in big-budget flicks such as Steve Jobs and Assassin’s Creed. TV shows heavy on Irish talent which also earned IFTA nominations included Love/Hate and Vikings (each earning seven nominations) while Charlie, The Fall, and Game of Thrones each earned three nods. In TV acting categories, Fifty Shades of Grey star Jamie Dornan was nominated for The Fall, while Game of Thrones’s Aidan Gillen earned a nod for Charlie. 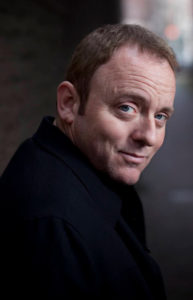 Speaking of Love/Hate, A-list Boston novelist Dennis Lehane (Shutter Island; Gone, Baby Gone; and Mystic River) continues his immersion in the West Coast world of TV and movies with a planned U.S. version of the RTÉ series. The Hollywood Reporter recently noted that the show will be set in a “gritty Hawaii that tourists don’t see.” Lehane is helping to develop the American version of Love/Hate for Showtime. Aside from many best-selling novels (most recently World Gone By), Lehane has also written for critically acclaimed TV shows such as The Wire and Boardwalk Empire. He has also written original screenplays such as (most recently) The Drop, starring Tom Hardy and James Gandolfini. The Irish Love/Hate is an intense, often controversial look at the Dublin underworld, and is currently available on Hulu and Netflix. Love/Hate has proven to be a big international hit, with producers importing it to Australia, New Zealand, Singapore, South Korea, Israel, Brazil, Norway, and numerous Latin American countries. The sixth season of Love/Hate is slated for RTÉ broadcast next year. 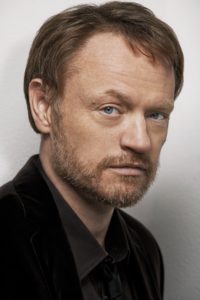 Finally, Jared Harris is a second generation Irishman in Hollywood (his father was hell-raising Oscar winner Richard) so it makes a certain amount of sense that he would appear in several reboots of famous stories. In May, Harris was in Poltergeist alongside Sam Rockwell and Rosemarie Dewitt. The film was a new spin on the 1982 supernatural classic directed by Steven Spielberg. Next up, in August, look for Harris in The Man from U.N.C.L.E., a new take on the 1960s Cold War TV show. The reboot is directed by Sherlock Holmes whiz Guy Ritchie and also stars Henry Cavill and Armie Hammer. Unlike the new Poltergeist, The Man from U.N.C.L.E. film remains set in the 1960s, and follows a team of spies trying to maintain a fragile peace as the superpowers and their allies gather larger and larger piles of nuclear weapons. Jared Harris also took part in a little bit of showbiz history recently, directing one of the final episodes of the acclaimed TV show Mad Men, in which he’d also starred for a number of seasons before his character, Lane Pryce, committed suicide. ♦

One Response to “Irish Eye on Hollywood”