A new institute honoring the life and legacy of Senator Ted Kennedy opened in Boston with a historic ceremony featuring President Obama, Vice President Biden and other dignitaries.

Chilly weather did not deter the hundreds who turned out for the dedication of the Edward M. Kennedy Institute for the United States Senate on Monday, March 30, in Dorchester, Massachusetts.

Kennedy, who was known as “The Lion of the Senate” for his long tenure (47 years), was warmly remembered in a ceremony that included President and Mrs. Obama, Vice President Biden, and political heavyweights such as Senators John McCain (R-Ariz.) and Elizabeth Warren (D-Mass.) and Boston Mayor Marty Walsh.

It was a gathering that brought together many of the Kennedy clan including those members who are keeping the legacy of political service alive. Chief among them was the late senator’s last surviving sibling, Jean Kennedy Smith who as ambassador to Ireland (1993-98) used the full measure of her influence to propel the peace process forward.

Ted Jr., who bears a close resemblance to his father, and is now a state senator in Connecticut, spoke at the dedication, as did Ted’s son Patrick, a former U.S. Representative for Rhode Island. In a moving moment that brought the crowd to their feet, Patrick thanked his mother Joan Kennedy for her love and support.

Caroline Kennedy, the ambassador to Japan, was there with her husband, designer Edwin Schlossberg, who created the interactive software that will enable visitors to the institute – the centerpiece of which is a full-scale representation of the Senate Chamber – to learn about the Senate.

Present also, were numerous members of the Robert Kennedy family, including Courtney Kennedy and Kathleen Kennedy Townsend, the former Lieut. Governor of Maryland, and many of the younger generation of Kennedys including Ted’s great-nephew Congressman Joe Kennedy III (D-Mass.).

The temperature in Boston, just emerging from one of the worst winters in its history, was freezing and though the morning was bright enough, the tent that housed the opening ceremony, in front of the new institute, offered little defense against the biting wind that blew in from Dorchester Bay. But the warmth of the Kennedy clan was all enveloping.

From my seat in the second row, I watched as William Smith (Jean’s son) insisted that Anne Anderson, Ireland’s ambassador to the U.S., take his scarf. Kathleen Kennedy Townsend, worried about the female members of the Boston’s Children’s Chorus, who sat facing us in short-skirted uniforms, left her seat to try and procure blankets, as two of her daughters gave up their coats and another volunteered her shawl for the youngsters to cover their knees. Meanwhile, Courtney Kennedy, my pal who got me a last-minute invite, raced about making sure that all her guests had seats.

As well as conviviality, the Kennedys are known for their good looks, and it’s evident that the JFK trademark of great hair and winsome smile has passed on to the younger generation, particularily in the case of the Kennedy Townsends. “Now I know why the Kennedys have so much hair,” Trent Lott quipped, glancing their way. “It’s to keep their heads warm.” 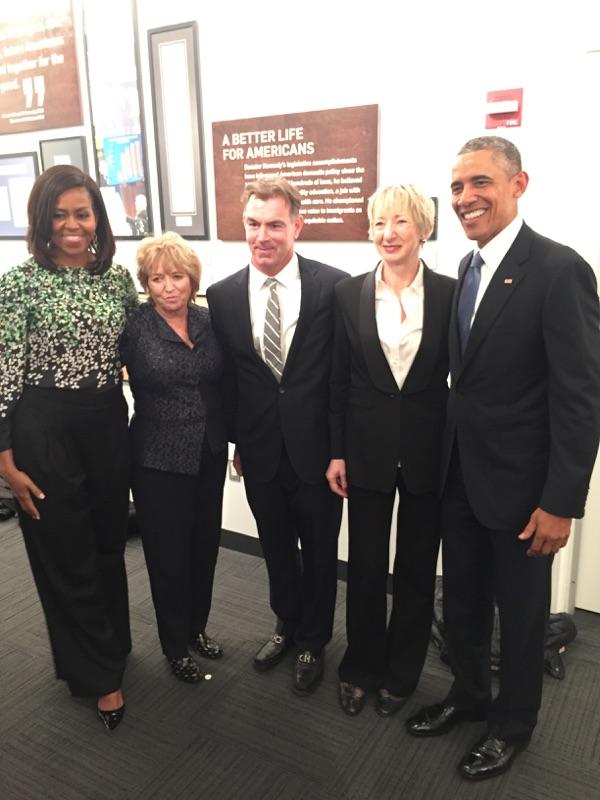 Much was made of the late senator’s bipartisan spirit. Lott, a Republican, who serves on the institute’s board with the other former Senate leader, Democrat Tom Daschle, talked of Ted’s ability to “cross the aisle,” as did others.

Senator McCain, commented, “[Ted] had a real zest for political argument, and the harder you went at it the more he enjoyed it, and the more he laughed about it when next you met him. I miss fighting with him. It’s gotten harder to find people who enjoy a good fight as much as Ted did.”

Vice President Biden recalled Ted Kennedy as a mentor who had looked out for him when he was a freshman senator recovering from the devastating accident that killed his wife and daughter. “Forgive me for saying in the city of Tip O’Neill, but I think he was wrong that all politics is local. All politics is personal. And no one, no one in my life understood that better than Ted Kennedy,” he said. 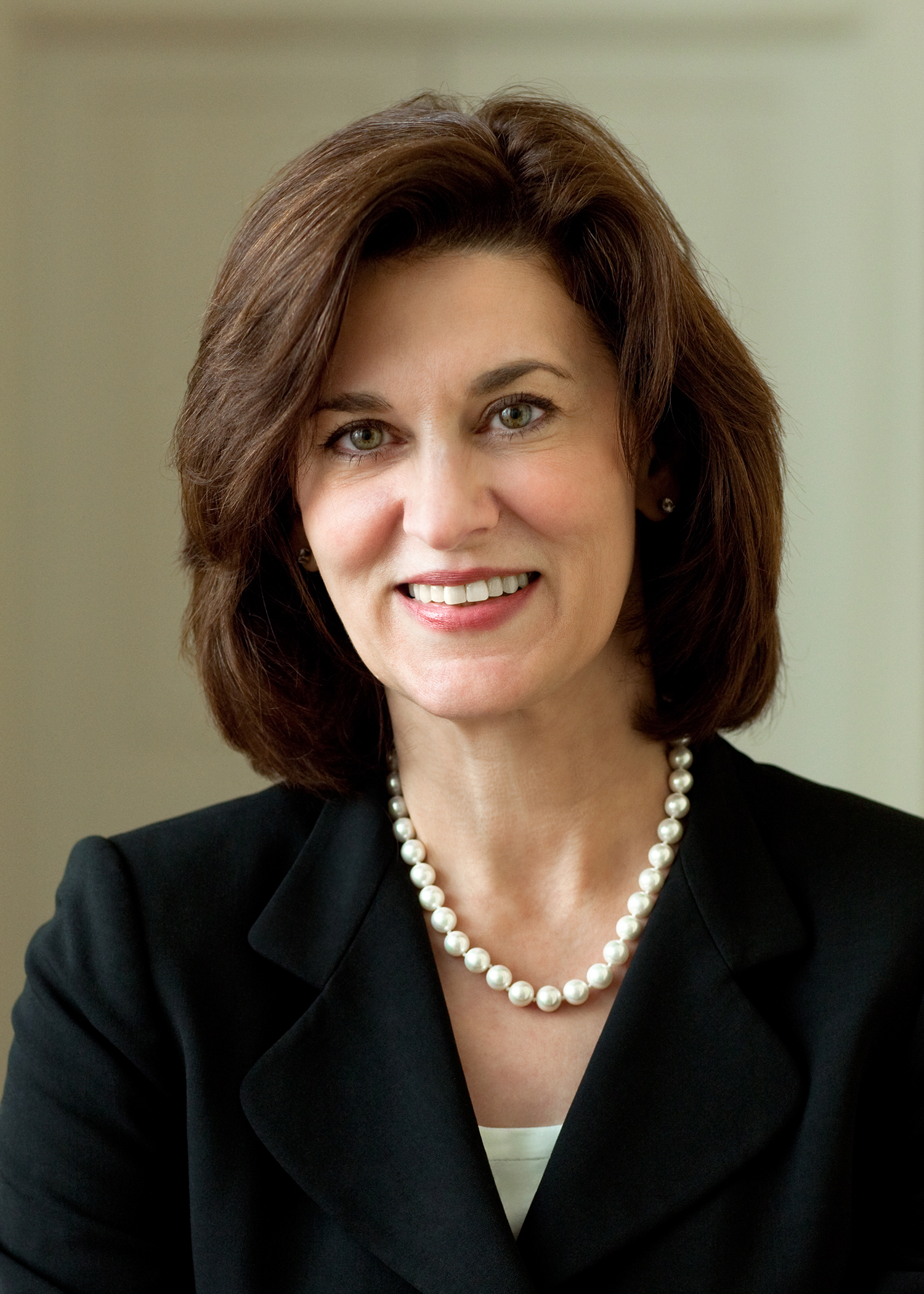 Victoria Reggie Kennedy, Ted’s widow, who is the co-founder of the institute, explained that the institute was created to give visitors a deeper understanding of the workings of the Senate. “My husband loved the United States Senate and the incredible difference it could make in people’s lives,” she said. “He thought it was one of the most important institutions in our democracy. And it was his dream to build a place where everyone could be inspired to feel that same sense of service.”

Dr. Jean F. MacCormack, the president of the institute, explained that through the use of technology, “We’re making the history of the U.S. Senate come alive like never before.” (Following the dedication, Vice President Biden presided over a session in the institute’s full-scale Senate chamber recreation that brought together current and former U.S. senators with students from all 50 states.)

President Obama, in bringing the dedication to a close said, “No one made the Senate come alive like Ted Kennedy. What better testament to his life than this place he left for a new generation of Americans – a monument not to himself, but to what we, the people, have the power to do together. 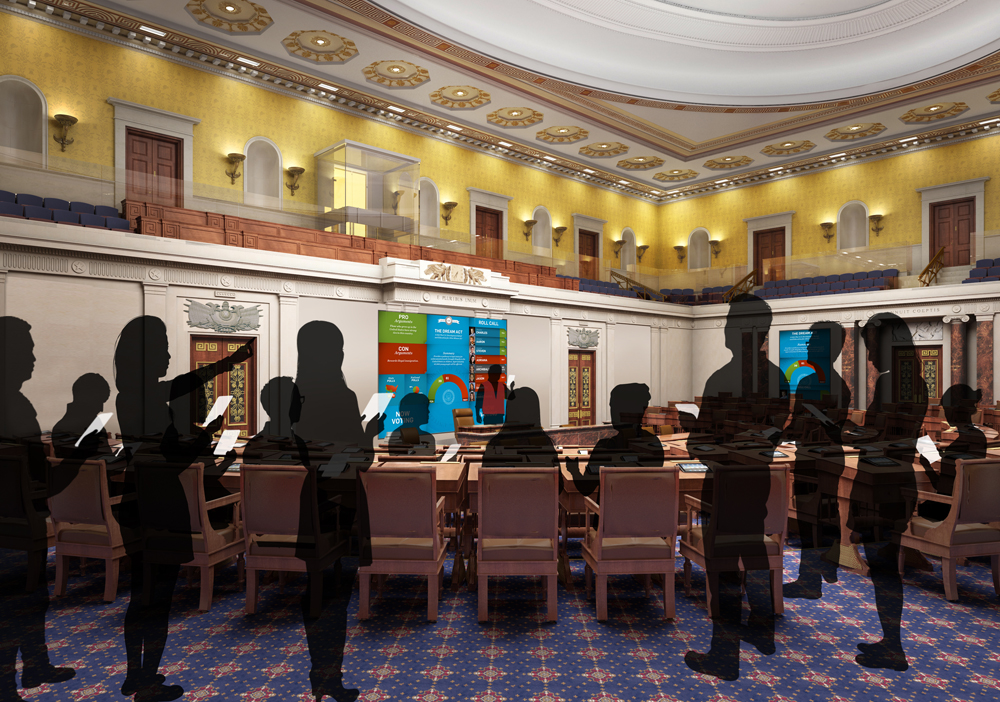 “Ted understood that the only point of running for office was to get something done – not to posture; not to sit there worrying about the next election or the polls. To take risks.”

The president went on to praise the Kennedy family: “May we all remember the times this American family has challenged us to see what we can do, to dream and say why not, to seek a cause that endures and sail against the wind in its pursuit, and live our lives with a heightened sense of purpose.” ♦