Irish Army and Defense Forces pass by the General Post Office in a parade to commemorate the 90th anniversary of the 1916 Easter Rising.

Today is the 99th anniversary of the beginning of the Easter Rising, which began early in the morning of Monday, April 24, 1916 as close to 1,200 people – a combination of the Irish Volunteers and the Citizen Army – took over key points throughout Dublin, including the General Post Office (GPO), the headquarters of the uprising; the Four Courts, Dublin City Hall, St. Stephen’s Green and the Jacob’s Biscuit factory. Led by James Connolly, Padraig Pearse, Sean Mac Dermott, Joseph Plunkett and Eamonn Ceannt, the rising took the Dublin police and military forces mostly by surprise. The most notable encounter of the first day took place between Ceannt’s forces and men from the Royal Irish Regiment, near the South Dublin Union. Two republican flags were raised above the GPO, and Pearse read The Proclamation of the Republic. This article originally appeared in the December / January 1015 issue of Irish America. 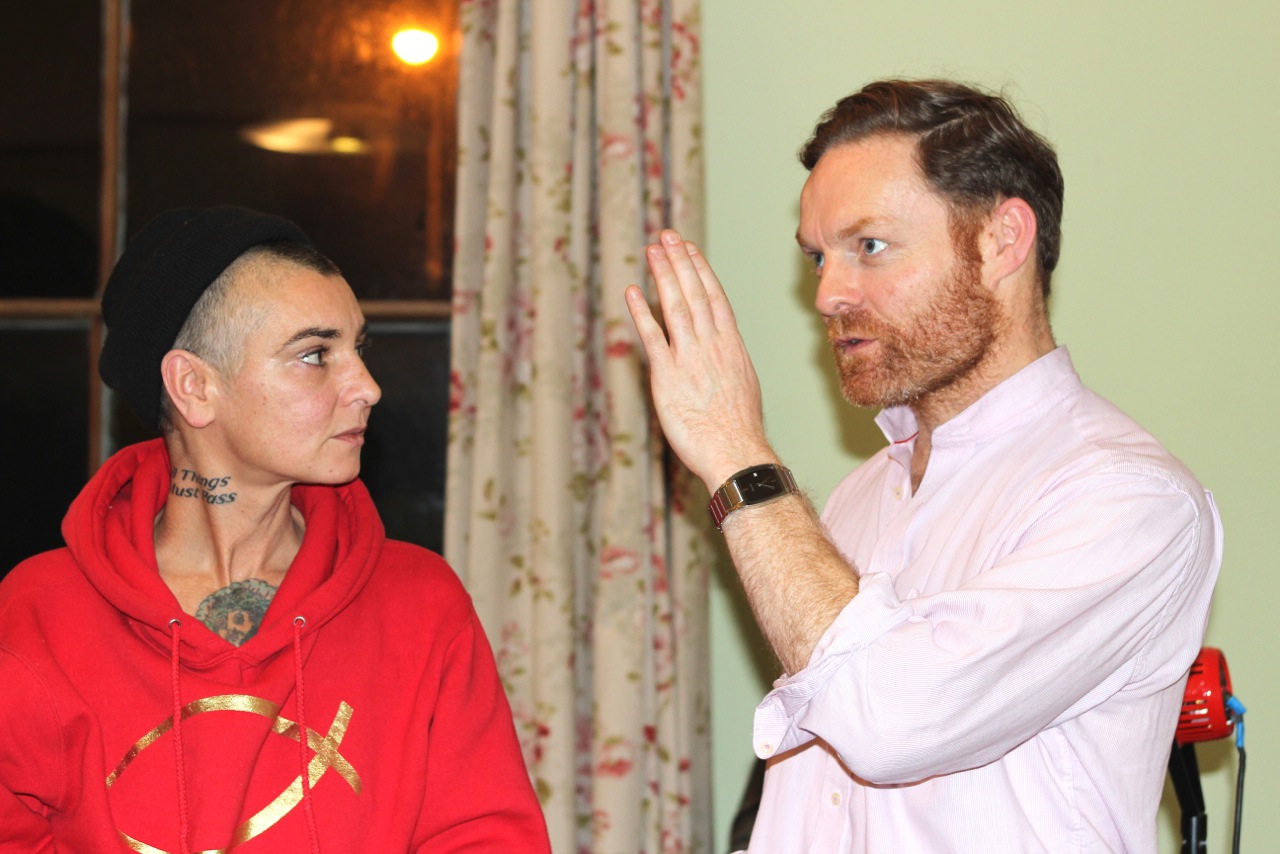 Sinead O’Connor with Kevin McCann, who is producing the forthcoming Easter Rising film centered on the life and death of Seán MacDiarmada. Photo courtesy Kevin McCann.

As the centenary of the 1916 Easter Rising approaches, many cultural events and other commemorations are planned to celebrate the lives of the men and women of who risked everything in a bid to end British rule in Ireland.

Two movies in the works with release dates planned to coincide with the centenary celebrations are Twelve Days In May, and The Rising.

The subject of the first film is James Connolly, the solider, union organizer and newspaper man, who was born in Edinburgh to Irish immigrant parents, and executed by a British firing squad on May 12, 1916 for his part in the Rising. The latter film also focuses on an architect of the revolution, Seán MacDiarmada. Born in Co. Leitrim, MacDiarmada was a national organizer for Sinn Féin, and manager of the newspaper Irish Freedom. He was executed on the same day as Connolly.

Twelve Days in May is being produced by Liffeyside Productions, and is based on a 2009 play of the same name by Frank Allen. A Dublin-born writer, Allen became fascinated with Connolly when as a young boy he visited the Stonebreakers’ Yard in Kilmainham Jail (where the leaders were executed). He learned about Connolly’s last moments there at dawn on May 12, 1916. When asked by the Capuchin Friar Father Aloysius, would he forgive the soldiers lined up in the firing squad, Connolly replied: “I forgive any man who does his duty according to his lights.”

The film on Seán MacDiarmada, with the working title of The Rising, is the inspiration of filmmaker Kevin McCann, who envisions it as the completion of a trilogy of films about the birth of modern Ireland – a prequel to both Michael Collins and The Wind that Shakes the Barley – deeming it “not just an Irish story,” but “a human story about fighting for freedom from oppression that will resonate with people worldwide.”

McCann also refers to MacDiarmada’s final words written right before his execution: “I feel happiness the likes of which I have never experienced. I might die so that the Irish nation might live.”

The film is currently at the halfway point of production and McCann has just confirmed Sinead O’Connor to the cast. The production is set to wrap by 2016, in time for the centenary. ♦

To see more on The Rising, visit therising.ie or email Kevin McCann at kevin@maccana.ie.