Flowers marking the centenary of the ANZAC landing at Gallipoli in Turkey. (Photo: RTÉ)

Wreaths were laid at centennial commemorative ceremonies marking the Allied landing at Gallipoli by representatives of the Irish Government in cities around the world this weekend.

The service, hosted jointly by the New Zealand and Australian Consulates, began at 5:45 a.m. (the time of the original landing) and drew a crowd of upwards of 2,000 people to the site of the Vietnam Memorial on Water Street in lower Manhattan.

Anzac Day, a national day of remembrance in Australia and New Zealand commemorating all “who served and died in all wars, conflicts, and peacekeeping operations,” was first observed to honor the more than 11,000 Australian and New Zealand soldiers who died in the Gallipoli campaign, the first Australian / New Zealand action of WWI. 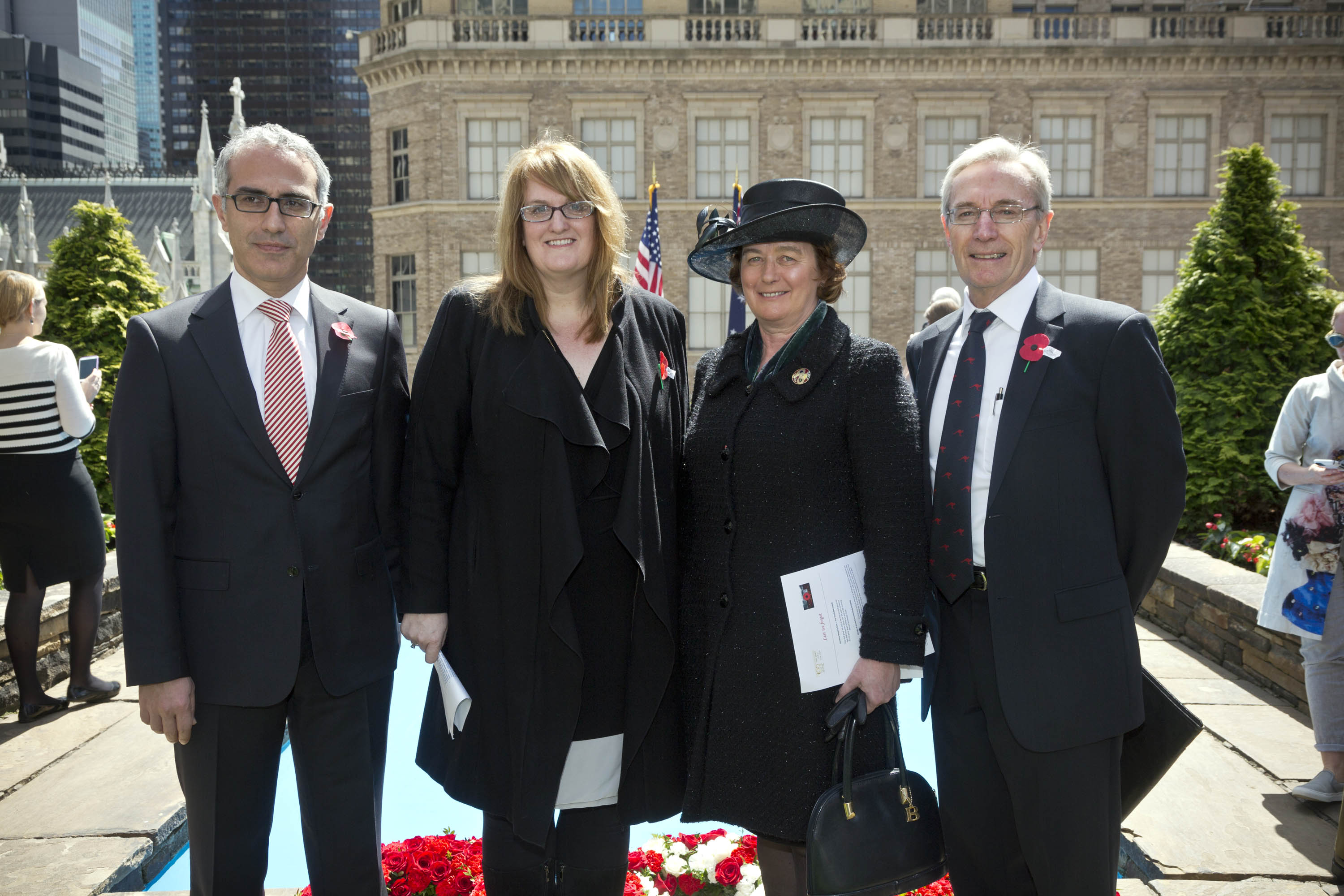 The soldiers were remembered for their gallant fighting in the nine-month campaign that was ultimately an unsuccessful attempt by the Allied Powers to control the sea route from Europe to Russia. More than 45,000 allied soldiers and 86,000 Turks died and thousands more were injured.

Consul General Jones laid a traditional Irish green laurel wreath on behalf of the Government of and people of Ireland to commemorate the more than 3,000 Irish serving with the Allied forces who lost their lives during the campaign. Jones was accompanied by Col. Conor Fitzsimmons, representing the Irish Defense Forces, and Deputy Consul General Anna McGillicuddy. 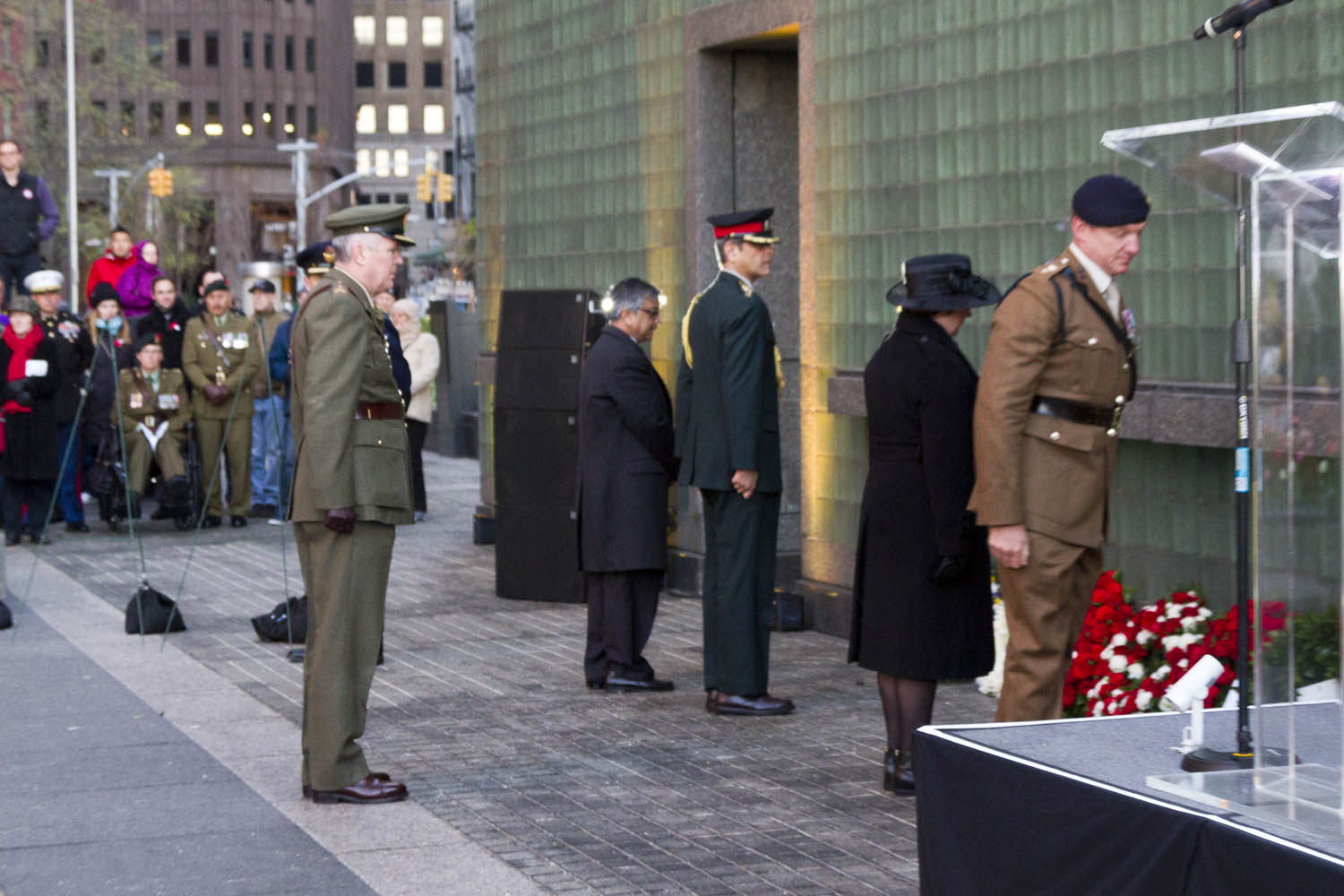 The centerpiece of Anzac Day commemoration, a half hour service of prayer and song and remembrances, was an address by H.E. Jim McLay, New Zealand’s ambassador to the United Nations.

McLay, whose own uncle was one of those who died on Gallipoli, said the soldiers sacrifice would not be forgotten and spoke of all the villages and towns all over Australia and New Zealand that have memorials commemorating those who died. 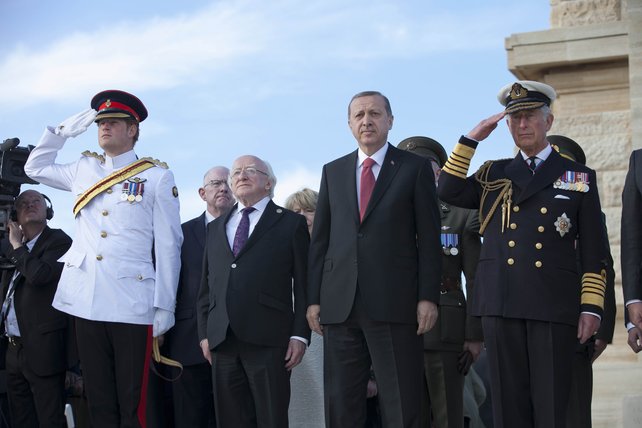 On a consoling note to the relatives of the thousands who never made it home but are buried on the battlefield, McLay referred to Mustafa Kemal Ataturk, the Turkish Army officer who went on to become the founder of the Republic of Turkey, as saying:

“You, the mothers who sent their sons from faraway countries wipe away your tears; your sons are now lying in our bosom and are in peace. After having lost their lives on this land they have become our sons as well.”

The dawn service opened with a haunting lament by Pipe Major Terence McGovern of the Allied Forces Foundation Pipers, while the bugle call of the Last Post played by Michael Taylor, followed by a minute’s silence, helped draw the ceremony to a close. 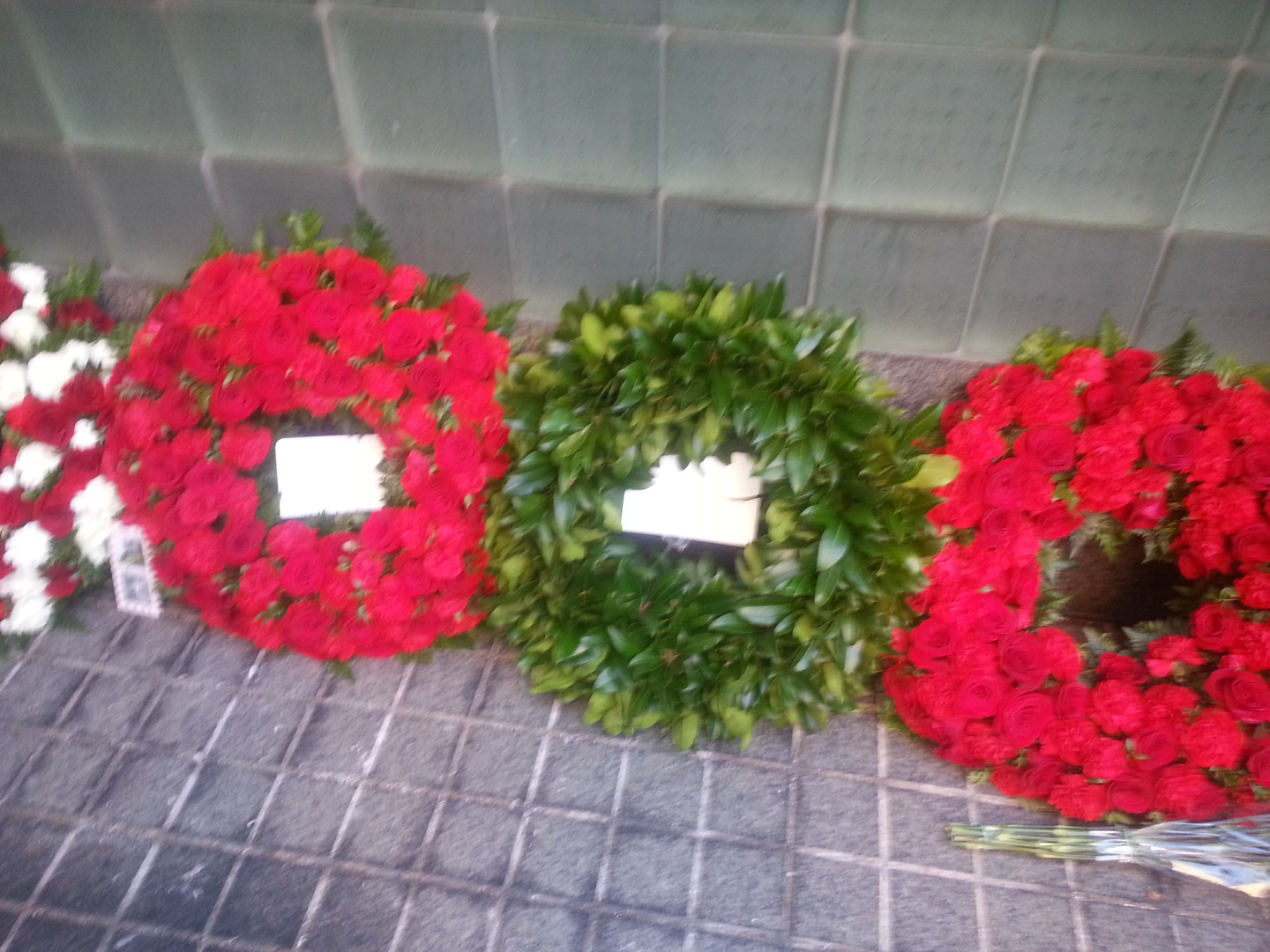 New Zealand Consul General and Trade Commissioner Peta Conn (whose father is from Monaghan) presided over the service.

President of Ireland, Michael D. Higgins attended the Commonwealth and Ireland commemoration service at Cape Helles, Turkey the 24th, and in Ireland the dawn service to commemorate the landing, organized by the Australian Embassy, took take place at Grangegorman military cemetery, in Dublin on the 25th. ♦ 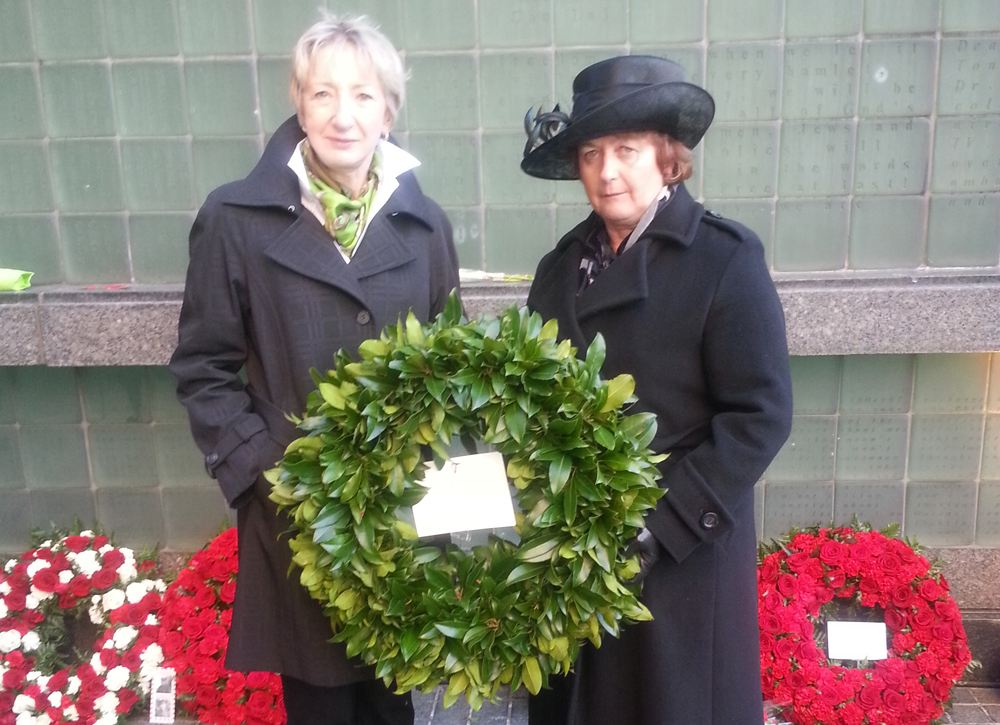 Consul General Jones, who laid a traditional Irish green laurel wreath on behalf of the Government of and people of Ireland to commemorate the more than 3,000 Irish serving with the Allied forces who lost their lives during the Gallipoli campaign, is pictured with editor Patricia Harty whose grandfather served with the Royal Army Medical Corps during the offensive.