My grandmother Mary Garvey was born on October 18th, 1894 in Farmhill, Claremorris, County Mayo. She was the oldest of six children born to Anne Mullen Garvey and Peter Garvey. She left for America in 1914 at age 20 and came to New York via Ellis Island. She soon married a successful young engineer, John Edward O’Connor, whose name is on the brass plaque as one of the engineers who built the Empire State Building in 1930. 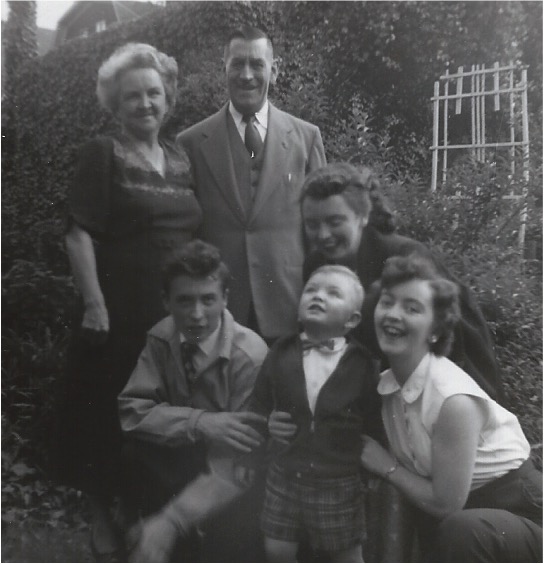 Mary and John had four children: Madelaine, Josephine, Helen (my mother) and John. My grandparents are pictured above with (left to right) their son John, their daughter Josephine, her first born son Richard and my mom Helen. Only John O’Connor is still living, but Mary Garvey lives in all of us as one of the sweetest and most lovely people I have ever known. 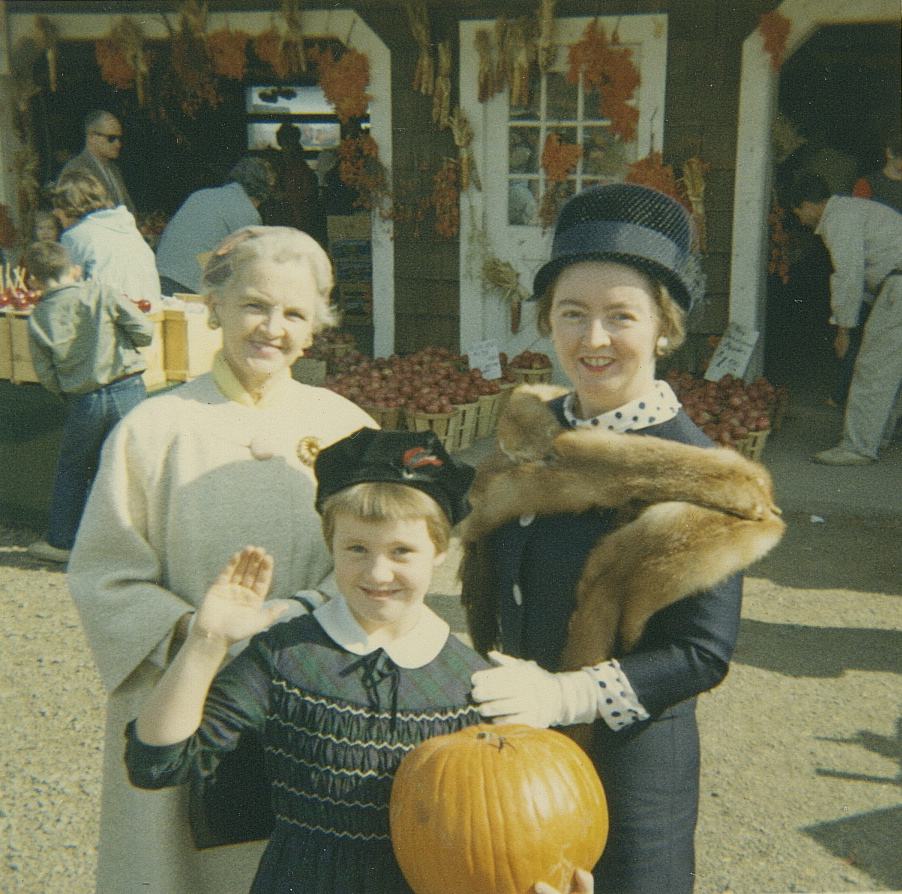 Grandma helping Mom and me pick out the best pumpkin ever at Tice’s Farm in Montvale, N.J., on a Sunday morning after mass in 1964. From left to right, Mary Garvey O’Connor, Margaret-Mary “Maggie” Cahill, and Helen O’Connor Cahill.

My grandmother lived with my parents and me in Northvale, New Jersey until she passed in 1966 when I was almost 9 years old. She would play Monopoly with me every night after my parents thought we both were fast asleep. In earlier years, she would recite the lyrics from “Puff the Magic Dragon” every night to get me to sleep, which I can still hear today. I also remember that lovely brogue calling my name “Margaret-Mary” when it was time to come out of my summer tree fort and in for dinner every night.  We loved you, Mary Garvey. ♦