A new opera dealing with the trials and imprisonment of the Irish playwright Oscar Wilde made its East Coast debut this past February. It was put on at the charmingly lavish Opera Philadelphia by composer and co-librettist Theodore Morrison and English opera director John Cox, a year following its debut in Sante Fe, New Mexico in 2013.

Wilde’s plays bursted with wit, subversion, and fun, but the new opera, Oscar, deflates under its own sanctimonious aspirations. While well sung, the opera limps along with clichéd dialogue and tepid acting. Some of the dialogue is taken directly from Wilde’s works, but unfortunately the flare-ups of humor are few. This may come as a result of the episode in Wilde’s life that is being portrayed (his imprisonment and fall from grace), but it is clear that the Oscar of this play is a martyr in some kind of 19th-century gay cause, and is himself revered as the saint of a movement that started nearly 60 years after he died.

This is not to say Wilde is not a revered gay icon, he most certainly is, but he is also much more than this, and the one-dimensional portrayal of him diminishes his life and works. Not that the opera is devoid of excitement. The costuming is remarkable, especially the carnivalesque scenes in the courtroom . David Daniels, the gifted countertenor who plays Wilde, brings him to vivid, androgynous life. He is supported by Heidi Stober as Ada Leverson and William Burden as Frank Harris, both friends and supporters of Wilde who add poignancy to the story. 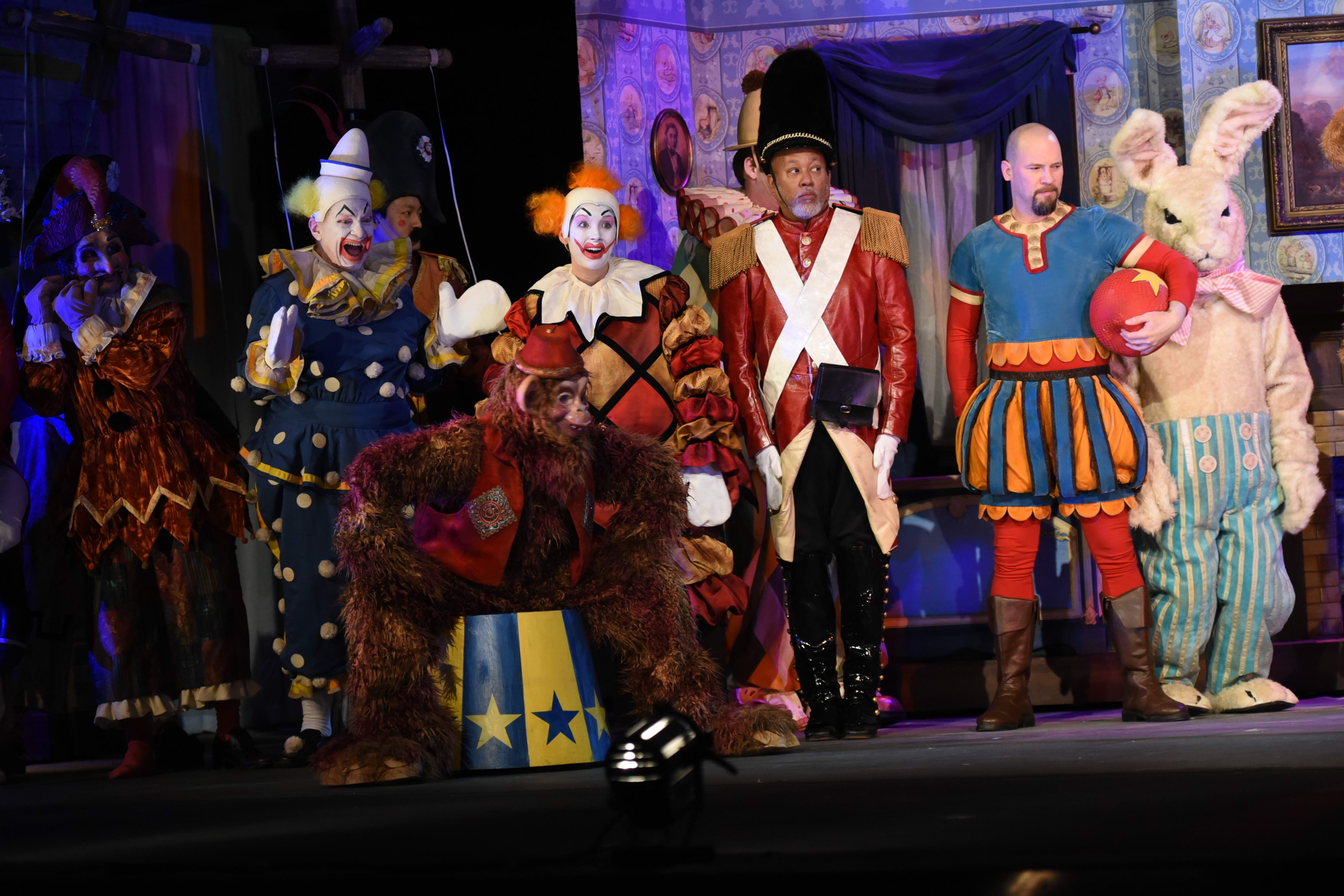 The cast of characters at the trial of Oscar Wilde. (© Opera Philadelphia | Photo by Kelly & Massa)

Walt Whitman (Dwayne Croft), looking very much like Mark Twain clad all in white, oddly narrates. His role is a bit perplexing as Whitman and Wilde met only once and their relationship, while mutually flattering early on, devolved into sparks of bitchiness towards the end of Whitman’s life.

Also mysteriously missing from the cast is Wilde’s wife, Constance, who visited him during prison and was his main source of dependence after his release. But a loyal wife has no room in a tragic gay affair that seeks to show Oscar the saint and not Oscar the man.

While well researched and exciting in parts, the new Oscar opera imprisons Wilde in his own doomed love affair devoid of the grit and ambiguity that made him fascinating.

It would be important to remember Wilde’s lasting words that “the truth is rarely pure and never simple.” ♦