An aerial view of the lough.

By Enda Cullen, Contributor
April / May 2015

Two connected lakes on the River Erne in County Fermanagh boast over 150 islands, great fishing, and the lovely town of Enniskillen, which sits right between the upper and lower lough.

There is an old saying in Fermanagh, “In summer Fermanagh has the lake lands, in winter the lake lands has Fermanagh.” This was certainly true when I visited the Upper Lough Erne region on a sunny February day. Upper Lough Erne was the center of recreational sailing until the advent of hydro electric power and the building of the Ballyshannon dam in the 1950s. The construction of the power station necessitated the lowering of Upper Lough Erne by 10 feet. This resulted in the Lough Erne Yacht Club transferring to Lower Lough Erne. On the day I visited, the overly wet Irish winter had brought the lough up to within 20 inches of its original depth.

As a school child I traveled past Upper and Lower Lough Erne on our annual family trip to Donegal. I tried to count as many of the 150 islands as I could. The Upper and Lower Loughs are widened sections of the River Erne, which flows north and then curves west into the Atlantic Ocean. The smaller southern lake is called the Upper Lough (as it is further up the river) or South Lough. The bigger northern lake is called the Lower Lough or North Lough. The county town of Enniskillen lies on the short part of the river that flows between the lakes. In truth the Lower Lough is the better known as it is more developed and was the venue for the 39th G8 Summit. Lough Erne Resort, the luxurious 5-star destination outside Enniskillen, which hosted the summit, had yet another reason to celebrate when it was named 2014 Hotel of the Year. 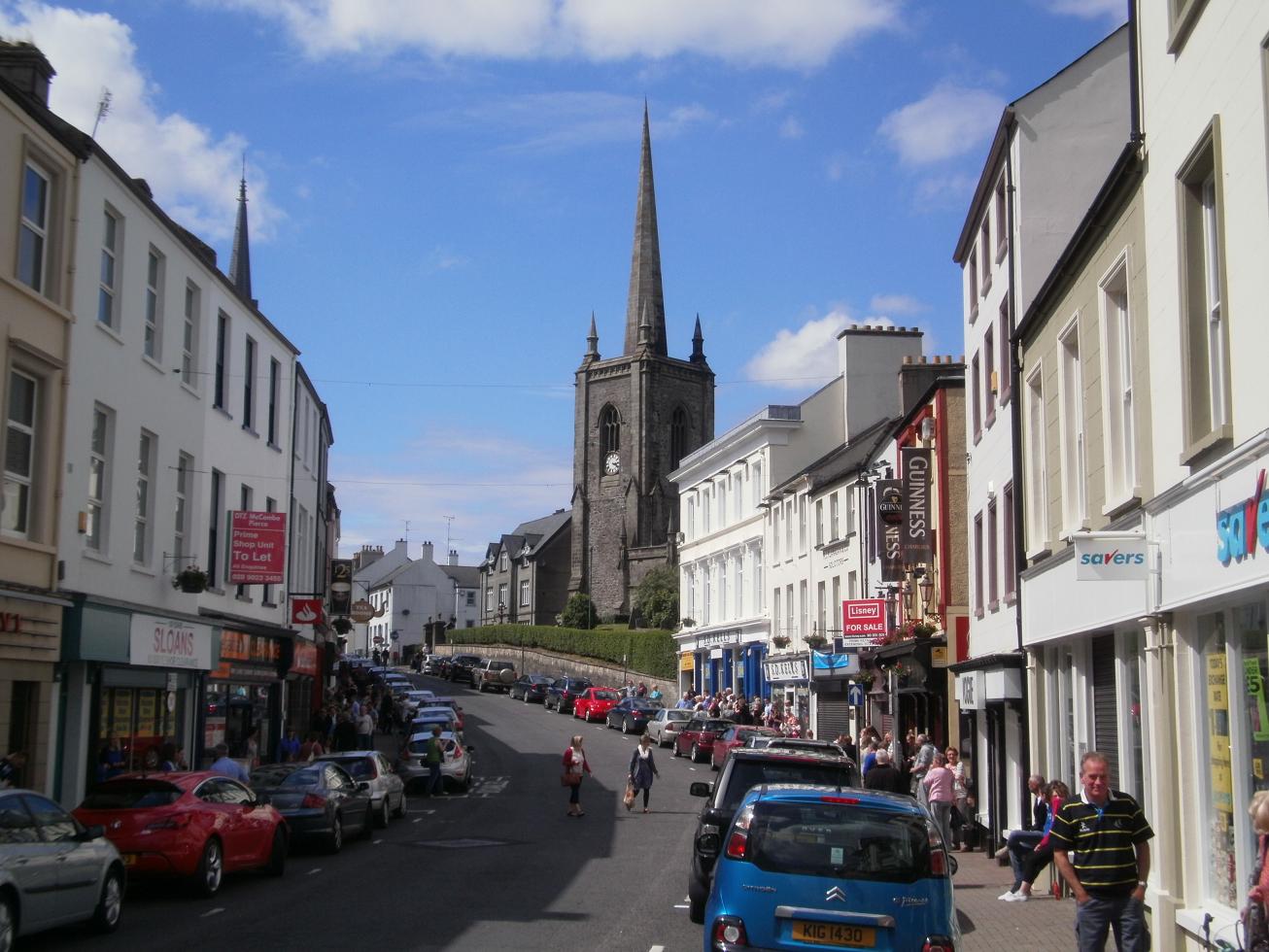 The town center of Enniskillen.

The Upper Lough is more secluded, tranquil and embryonic. However, that may be about to change due to the efforts of architect turned outdoor instructor, turned tourism officer for the Upper Lough Erne region, Barry Flanagan. A few minutes chat with Barry and you are soon convinced of his passion and love for the district. As well as being a fount of knowledge about the history of the area, Barry has been instrumental in attracting a number of events to Upper Lough Erne such as the coarse fishing Pike Festival which attract anglers from all over Europe. 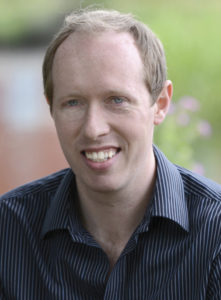 Barry knows every one of the 57 islands on the upper lough having kayaked around them, and he has stories to tell about all of them. A local butcher known for his Fermanagh Black Bacon keeps a herd of pigs roaming freely on Inishcorkish Island (visitors are free to visit by appointment), while Inis Rath is home to a Hare Krishna community based in a Victorian mansion on the island.

Barry takes me to Crom Castle, home of the Crichton family, the Earls of Erne. The castle sits on 1900 acres and it was once said that the owners could ride all the way to Dublin without leaving their land. Queen Elizabeth II visited for afternoon tea in 2012.

The Victorian glory of the castle is still evident with many features of the past, including the old farmyard, the visitors centre, and boathouse, once the home of Lough Erne Yacht Club.

Blandings, a British BBC comedy television series adapted from the Blandings Castle stories of P.G. Wodehouse, is filmed on location at Crom Castle. Starring Timothy Spall, and Jennifer Saunders, it is wonderfully eccentric, absurd, and populated with aristocratic fools. It could be described as Downton Abbey on gin and tonic.

The west wing of the castle is available for various functions and overnight guests desiring grandeur and seclusion. Manager, Noel Johnston, whose family has worked with the Earls of Erne for over three generations, can personally assist with bookings.

This area of County Fermanagh has many connections with the United States. In 1944, the 3rd Battalion 28th Infantry of the U.S. Army was stationed at Crom Castle while preparing for D-Day. It was from this district that Father John McElroy, founder of Boston College, emigrated to the U.S. in 1803. And astronaut Neil Armstrong, the first man to walk on the moon, came here to visit his great uncle in Lisnaskea in 1970. 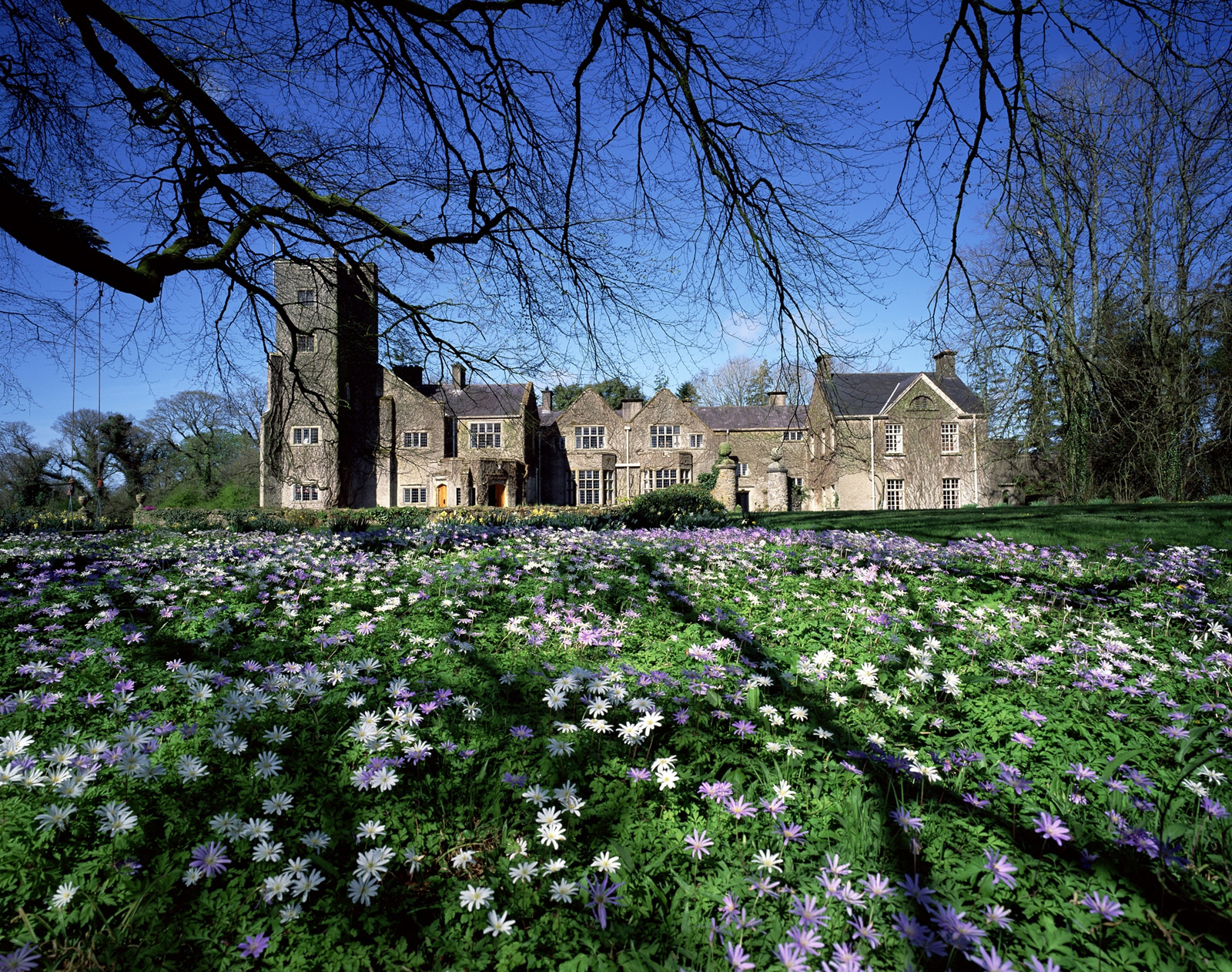 The coarse fishing excellence of Upper Lough Erne has attracted many from all over the world in search of Trench, Bream and Pike specimens, and some have stayed on.

The most visible, influential and artistic of the “blow ins” is Pascal Brissaud, a French native who combined his love of fishing with his culinary skills, to open the Watermill Lodge outside Lisnaskea. The restaurant and wine list are as good as any in Paris. Pascal provides the complete package for fishermen. Come with your hands in your pockets and he will provide all that you need for the complete angling experiences and this includes traditional Irish boats or more technical American boats with fish finders. The Watermill even has a helipad for those in a rush to get there. Pascal claims the lake has the best Pike fishing in the world. And guests can stay in one of the seven superbly appointed rooms literally on the lake’s edge.

Further down the lough is Belle Isle, which is home to Belle Island Castle. Originally called Ballymacmanus, it was home to the MacManus and Maguire family, including one of the compilers of the Annals of Ulster, Cathal Og Mac Manus. (The Annals are now in the Bodleian Library in Oxford and Trinity Library in Dublin.) The castle commands superb views of the lough. It offers modern rooms in a truly notable setting, and is famed for its wedding receptions and cookery school. The self-catering cottages allow guests to cook their own freshly caught fish and locally sourced produce.

The true attraction of Upper Lough Erne is that it retains its character and composure and it is not at all commercialized. Visitors are welcomed for themselves and not for the dollars that they are carrying in their pockets. The locals have time for you and genuinely appear interested in helping.

Fermanagh is the original homeland of many Irish Americans and certainly if my name was Maguire, Wilson or Armstrong, I would be researching my genealogy in this area. Frankie Roofe in Enniskillen Town Hall would be the person to help with the research.

From the Upper Lough Erne region you can spread out and explore Northern Ireland, cross the border to scenic Donegal or travel south to Dublin. You will not be disappointed but bring a rain coat.

Perhaps the best endorsement for Upper Lough Erne came from a friend of mine whose family had been through a number of traumatic events. He claimed that a night spent on the lough was the most serene and peaceful he had ever experienced in his life. ♦

More information is available through:

One Response to “Lovely Lough Erne”

Tourism Ireland hosted a stellar event at The Lotte New York Palace Hotel in New York City on January 28 to launch its...

Ireland: There’s Never Been a Better Time to Visit