Amal Clooney at a hearing not related to the Northern Ireland case in the European court of human rights in Strasbourg, France, in January. (Photo: Candice Imbert /EPA)

Amal Clooney (right), British international law and human right’s lawyer and wife of George Clooney, has joined the legal team representing 14 Irish men who claim to have been tortured by the British government in the 1970s. Though none of the men who subjected the 14 to “deep interrogation” techniques were ever convicted of wrongdoing, the European Court for Human Rights found that the techniques were “inhumane and degrading,” but did not amount to torture. Now, after recently declassified documents have been discovered, the case will be retried at the European Court of Human Rights in Strasbourg. ♦ 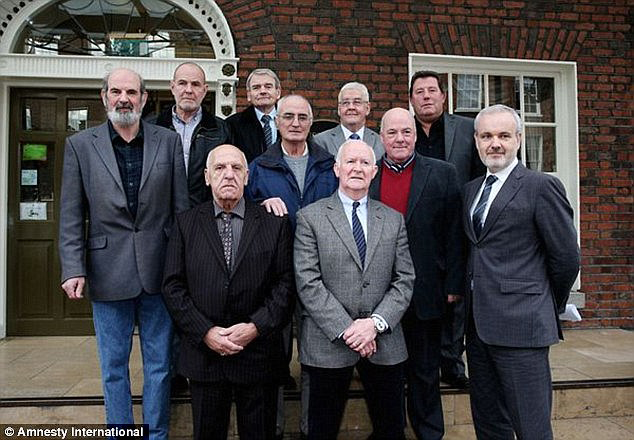 Victims: Colm O’Gorman, executive director of Amnesty International Ireland, (front right) with a number of the surviving victims. They became known as the ‘Hooded Men’ after revealing details of their treatment.