Belfast-born Jamie Dornan, left, with Dakota Johnson, center, in a still from 50 Shades of Grey.

Denis Leary (left) with the cast of Sex&Drugs&Rock&Roll.

As for the big screen, Northern Irish actor Jamie Dornan gambled when he took on the starring role in the erotic thriller 50 Shades of Grey, which hits screens in February. At one point Dornan feared devoted fans of the books might hate the movie so much they would murder him “like John Lennon.” With 50 Shades behind him, Dornan is not resting on his good looks or his bondage equipment. He’s currently filming two movies; the first (as yet untitled) features A-listers such as Bradley Cooper, Emma Thompson, Siena Miller and Uma Thurman about a chef (Cooper) who sets out to dominate the world of high-end restaurants. Dornan is also filming The Ninth Life of Louis Drax, a smaller-scale project also starring Breaking Bad’s Aaron Paul. Dornan plays a doctor examining a young boy who nearly died, and whose brief life seems to contain an inordinate number of coincidences.

The Irish had another strong showing at the Sundance Film Festival in late January, with a number of films expected to come to the U.S. with rave reviews. Perhaps the most highly anticipated is Brooklyn, which had its world premiere at the world-famous Utah festival organized by screen legend Robert Redford. Brooklyn stars Saoirse Ronan and Domhnall Gleeson and was directed by John Crowley (Intermission, Boy A). It is based on Colm Tóibín’s acclaimed novel of the same name.

In the film, Ronan stars as a young Irish immigrant in 1950’s New York who is torn between a lover in New York and family responsibilities back in Ireland. There is no official U.S release date for Brooklyn just yet. Either way, Saoirse Ronan had a busy Sundance fest. She also starred in the Sundance drama Stockholm, Pennsylvania, about a teenager who vanished only to be reunited with her parents almost 20 years later. Cynthia Nixon (Sex and the City) also stars, as the teen’s grieving mother. 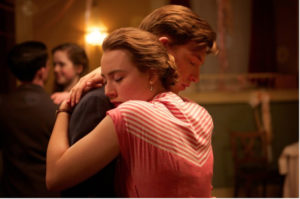 Another Irish flick earning plaudits at Sundance was Glassland, starring Irish actor Jack Reynor (What Richard Did, Transformers: Age of Extinction) as well as Toni Collette. Directed by Kerry native Gerard Barrett, Glassland is a dark look at a taxi driver driven to desperation to save his mother from a harrowing addiction.

Another Irish film screened at Sundance was The Hallow, a supernatural flick set in both London and Ireland, about a scientist from England who traipses to Ireland to study an ancient forest believed by locals to be populated by demons.

Two up-and-coming Irish stars recently received praise and are poised to have strong years in 2015. Dublin actor Emmett Scanlan was tabbed an “International Star You Should Know” by Variety magazine. The 35 year-old Emmet starred alongside Jamie Dornan in the BBC drama The Fall (available in the U.S. on Netflix). Scanlan told Variety that the classic American movie Rocky turned him onto acting. “I remember being a kid watching the movie by myself in the living room,” he said. “Right then, I knew I wanted to do what Stallone did. I wanted to act.” Scanlan even played an Irish bare-knuckle boxer in the 2009 film Once Upon a Time in Dublin. Scanlan also had a role in the 2014 hit Guardians of The Galaxy and will next be seen playing a haunted hitman in the film Breakdown. He will also appear in the April biblical TV series A.D.  (More on that later.)

Meanwhile, Waterford native Moe Dunford is earning raves for his searing portrayal of a schizophrenic in Patrick’s Day. Dunford was selected as one of 2015’s European Shooting Stars, an honor previously nabbed by acclaimed Irish actor Domhnall Gleeson as well as former James Bond Daniel Craig. Dunford has appeared in the TV series Vikings, but his turn in Terry McMahon’s Patrick’s Day (which shared Best Irish Feature honors at the Galway Film Fleadh with the aforementioned Glassland) opened many eyes on the cinematic scene.

“Moe’s physicality and sly charm first drew us to him – the ingredients of a modern-day Hollywood hero – but his work in Patrick’s Day sealed the deal,” the European Shooting Stars jury declared. “As schizophrenic Patrick, he shows compassion and subtlety always putting the character first, never letting Patrick’s issues overwhelm the performance.”

As these up-and-comers earn attention, Irish film veterans are also holding their own.  Kenneth Branagh goes big once again behind the camera with his latest directorial feature Cinderella. The most recent version of the fairy tale hits theaters on March 13, and stars Lily James as the title character, along with Cate Blanchett and Richard Madden. 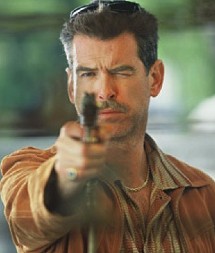 Branagh, meanwhile, will soon be seen in the latest installment of the BBC detective drama Wallander, written by fellow Northern Irishman Ronan Bennet. Wallander seasons have traditionally been shown in the U.S. on public television and can also be accessed via Netflix, Hulu and other streaming services.

Pierce Brosnan also has two new movies on the way. First up is The Coup, opening March 6, also starring Lake Bell and Owen Wilson. The Coup is an action thriller about a businessman who moves with his family to a new country just in time for a violent government overthrow, leaving all foreigners vulnerable to execution. Then, in April, Brosnan appears in The Moon and the Sun, playing French King Louis XIV, in a film based on the novel of the same name by Vonda N. McIntyre. Set to open April 10, the mind-bending sci-fi flick also stars William Hurt, Kaya Scodelario, Benjamin Walker and Paul Ireland (who is actually Scottish) and revolves around the king’s quest for eternal life. The Sun and the Moon is directed by celebrated children’s movie and TV director (not to mention Irish American) Sean Patrick McNamara. 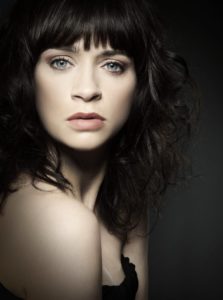 Also in March, Irish actors Cillian Murphy, Brendan Gleeson and Michelle Fairley join an impressive cast which also includes Chris Hemsworth for Ron Howard’s latest epic  In the Heart of the Sea. The film is set in the early 1820s, and explores the crew of the whaling ship The Essex, which was rammed by a whale while out at sea, forcing the crew to fend for themselves under life-threatening circumstances. It is believed that the tragedy of The Essex is what inspired Herman Melville to write Moby-Dick.

Finally, Roma Downey’s forthcoming biblical series A.D. (set to premiere in April) is a very Irish affair.  Aside from Downey’s contribution as producer (following the smash success of the TV series The Bible as well as the movie spinoff Son of God), Irish acting talent slated to appear in A.D. includes Emmet Scanlon as well as Monaghan native Charlene McKenna (who won an Irish Film and Television Award for her performance in Raw) and Vincent Regan, whose parents were born in Ireland. Irish talent behind the camera working on A.D. includes director Ciaran Donnelly (Titanic: Blood and Steel).