The British broadcaster Channel 4 plans to create a sitcom based on a script by Irish writer Hugh Travers. “Hunger” centers on the Irish Famine and has become a lightening rod of controversy. While the proposed production is still in its infancy and no one has yet to see a finished product, many prominent historians, politicians, and social media talking heads have attacked the sitcom unconscionable for making light of a catastrophic event in Irish history, an event that still reverberates in Irish today. 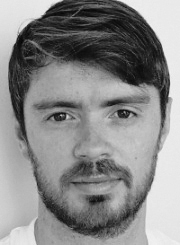 In The Irish Times, Tim Pat Coogan, author of The Famine Plot, likened it to a comedy about the Holocaust during WWII, saying his reaction was one of “dismay.” Christine Kinealy, director of the Great Hunger Institute at Quinnipiac University, reflected on the legacy of the Famine and its relevance in today’s global world, writing, “Hunger and famine exist in many parts of the world today. Viewing them through a prism of comedy is not only insulting, it is disingenuous and ideologically dangerous.”

A petition is making the rounds at Change.org to protest the sitcom and currently has over 30,000 signatures.

But the show has its supporters too. Travers stands behind his work, telling the Times, “I don’t want to do anything that denies the suffering that people went through, but Ireland has always been good at black humor.”

Irish comedian Dave Savage stands behind it too, telling the BBC, “The idea of not being able to talk about the Famine through comedy is bonkers…Comedy is tragedy plus time. The famine was a tragedy but enough time has passed.”

One Response to “Hunger:
Tragedy, Comedy, Both?”