The Seeds of Hope dinner, the annual fundraiser for Concern Worldwide U.S., raised just over two million dollars this year – a new record for the organization which helps the poorest of the poor in 25 countries around the world.

The dinner, which was held at The Waldorf Astoria Hotel in New York City on December 2, was attended by more than 700 people.

“Concern teaches people not how to take a handout but gives them a hand up,” said Tom Moran, the chairman, president and CEO of Mutual of America, who chairs the board of Concern U.S.

Moran who also said, “Every mother wants a life for her child and an education,” went on to talk about visiting Sierra Leone, where in the midst of the ebola crisis, Concern has been appointed by the U.N. to handle the burial of victims of the disease. Unsafe burials are thought to be responsible for 70 percent of new infections. Prior to Concern’s involvement only 30 percent of the dead were given safe burials. Concern workers have brought that figure up to 98 percent. 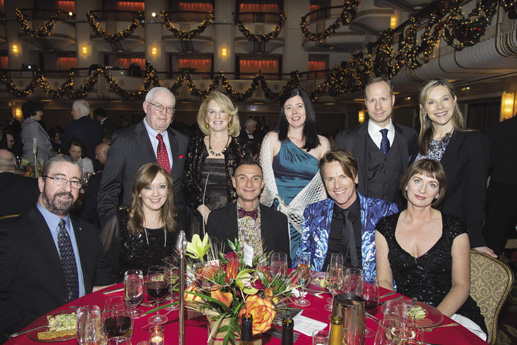 “We work with and listen to the people we serve,” said Joe Cahalan, CEO of Concern U.S., who went on to introduce Joe Ripp, CEO of Time Inc., this year’s Seeds of Hope honoree.

“At the end of a year riddled by disaster, from war in Syria to ebola in West Africa, it is a privilege to recognize a man at the helm of a company making sure those crises, among other world events, are reported and are not forgotten.

“In his 20 years at Time Inc. and Time Warner, Joe has been an inspirational leader and visionary about how the news is documented and told. Our work would not have been possible without the spotlight that so many of his publications provide. It is a real honor to add his name to the list of Seeds of Hope honorees.” 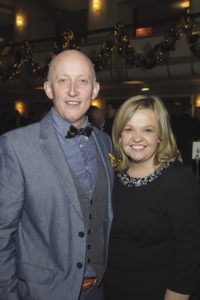 Ripp, in turn talked about the organization’s 45-year legacy, saying, “Concern is so much more that the sum of its programs,” he said.

“Its vision of a world where no one lives in poverty, fear or oppression is one we should all embrace. And I am proud that through the generous support shown to this event, we are able to help further the important work these men and women carry out every day.”

The organization, founded in 1972 by the late great Fr. Angus Finnucane, a Holy Ghost priest from County Limerick, helps 6.5 million people on an annual basis.

Given that out of every dollar donated through Concern, more than 92 cents goes directly to those in need, the money raised will help transform lives all over the world.

Born and bred in Dublin, Ireland, Paul Gallen is the general manager of Pier Sixty LLC at Chelsea Piers, a collection...