Heather Humphreys, Ireland’s Minister for Arts, Heritage and the Gaeltacht, and Chair of the National Famine Commemoration Committee, together with other Irish dignitaries visited New Orleans in November to take part in a program of activities that drew attention to the enduring impact of Irish immigration on the Crescent City.

The influence of Irish immigrants on New Orleans’ economy and culture predates the Louisiana Purchase. Their impact on the city’s political, social, economic and financial spheres peaked in the 19th century when thousands of Irish poured into the historic port before and during the Great Famine of 1845-52.

In a program of activities that drew attention to the enduring legacy of Irish immigration, Tulane University hosted a symposium entitled “Ireland and New Orleans: From the Famine to Katrina – Stories of Recovery.” The event was held at St. Alphonsus Art and Cultural Center, in the heart of the historic Irish Channel neighborhood. 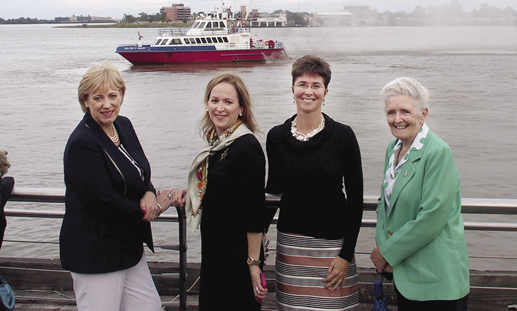 Dr. Laura D. Kelley, the organizer of the symposium, said she wished “to reinforce the relevance of the Great Famine to contemporary issues. Hunger still exists – but not just in distant places like the African continent, but also on the streets in the United States and Europe.”

Caroilin Callery, director of the National Irish Famine Museum, Strokestown Park, Co. Roscommon (the National 2104 Famine Commemoration site) along with Sean Tenner, co-founder of the Irish Famine Education Institute in Chicago, highlighted the critical role of public policy and private charity in ameliorating or aggravating catastrophes. They each also emphasized the horrific impact of racism and prejudice, of the type seen in the Famine era, in exacerbating similar tragedies throughout the globe and the role that students can play in researching and advocating against modern day hunger.

Dr. Ciara Breathnach, history lecturer at the University of Limerick, presented a stunning array of photographs from mid to late 19th century Ireland, many of which had not been seen in public before. Dr. Christine Kinealy, Director of Ireland’s Great Hunger Institute, Quinnipiac University, discussed the extent to which people throughout the world had rallied to provide money, food and clothing to assist the starving Irish, with donations coming from as far away as Australia, China, India and South America. Large donations to Ireland for Famine relief also came from New Orleans. 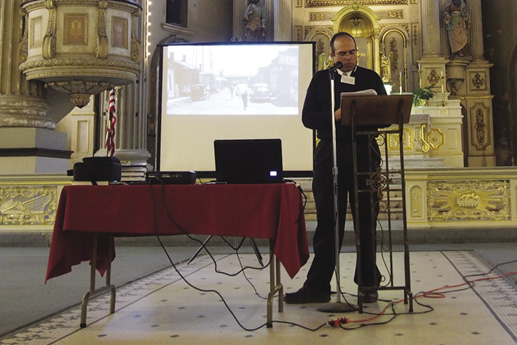 The symposium also paid attention to the life Irish immigrants created in New Orleans. Richard Campanella, Geography Professor at Tulane University, examined where and why the Irish settled in New Orleans, while Dr. Terrence Fitzmorris, associate dean of Tulane’s School of Continuing Studies, discussed the reasons why some Irish chose to fight in the U.S., Civil War on the Confederate side while others abstained, or joined the Union Army.

The symposium ended with a keynote address by Minister Humphreys, who reinforced many points made by the other speakers, and paid tribute to the outstanding accomplishments of the men, women and children who were forced to leave their homes in Ireland to escape starvation and death and who went to create a new community in New Orleans.