Dublin today has a unique rhythm, a youthful impatience to succeed, and confidence in its ability to compete with the greatest cities in the world. Underpinning this sense of buoyancy is the city’s thriving digital hub, made up of international IT giants like Google and native start-ups that are gathering momentum and accelerating the speed at which the economy is recovering.

Ireland’s capital city is a sprawling metropolis with pockets of Georgian elegance interspersed with modern, gleaming tributes to the Celtic Tiger that house some of the world’s top “born on the Internet” companies – Google (Ireland’s number one exporter), LinkedIn, Facebook, AirBnB, Hubspot and Squarespace – as well as hardware manufacturers like Intel, which recently announced a $5 billion investment in the country.

Alongside these international companies are homegrown start-ups like Intercom, the online user intelligence platform which recently raised over $30 million in funding, and Ding.com (formerly Ezetop), the eight-year-old Dublin-based mobile services firm, as just two examples.

Brett Myers, founder of the fast growing Irish currency exchange start-up Currency Fair, explains that the presence of international companies coupled with Ireland-based start-ups are fueling the growth of Dublin’s digital hub and positioning the city as Europe’s Tech Capital.

“These types of systems, they feed themselves,” Myers says. “The bigger companies mean more people are working, more entrepreneurs have successful exits who then have money to invest in other start-ups and this feeds more people to the ecosystem.”

Among the many interesting happenings to emerge from this year’s conference, held over three days in early November, was Google’s announcement that it would invest $4 million in start-ups in the form of Google Cloud Platform credits.

Mark Roden at the Deloitte Awards.

This past year has also seen a strong roster of Irish-born entrepreneurs makeing big strides in the U.S.

Mark Roden, Ding’s founder, was named Ernst & Young entrepreneur of the year for 2014.

In addition to Ding, which has annual revenues of $200 million, users in 130 countries, and 200 employees, the Collison brothers from County Limerick have earned a global reputation as tech wizards.

In 2007, Patrick Collison, who at the age of 16 won Ireland’s Young Scientist Award, founded Shuppa with his brother John. The company later merged with Auctomatic and the Collisons moved to Silicon Valley where today, both still in their 20s, they are behind Stripe, a global payments company valued at more than $1 billion.

Meanwhile, Oisin Hanrahan from Dublin recently closed a fundraising round in New York of $30 million for his home cleaning platform, Handy.com.

Will Prendergast, Founding Partner of Frontline VC, an early-stage venture capital firm says, “When it comes to Ireland’s start-up scene the two issues we face are confidence and scale. Historically perhaps Irish entrepreneurs lacked the confidence to create something world class and therefore went for best in Ireland or best in Europe. Now they realize that they benchmark well against global competition – and many of them are winning.”

“I was amazed at the number and quality of start-ups in Dublin. I didn’t expect the quality to be so high. There is a sophistication and maturity among entrepreneurs in Dublin that I wouldn’t have seen even back in 2011 when I was mentoring companies here. I could sense the potential but wasn’t expecting things to develop so quickly,” she said.

As in all success stories, there are challenges to be faced and improvements to be made to keep building momuntum and the Irish economy growing.

“We can always improve and do things better and more efficiently,” says Tom Hayes, Enterprise Ireland’s divisional manager for micro enterprises and small businesses. “Our biggest challenge right now is to get this beyond Dublin and out to the regions.” And in that regard, EI is meeting with some success. Small but growing clusters of technology hubs have sprung up in Cork, Galway, and Waterford. 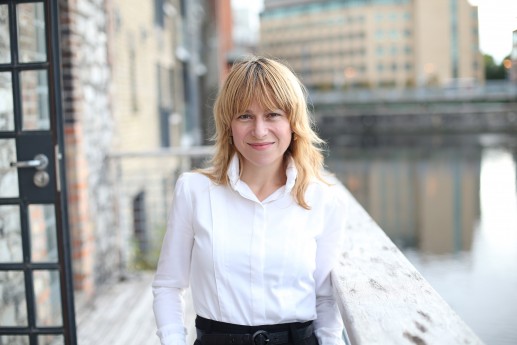 Another challenge is to continue to attract the best global companies to Ireland.

“We have been lucky to catch many of the new waves of technology and we want to make sure that continues to be the case. We are always aware of the challenge posed by competitors, but we are committed to being the best at what we do,” says Martin Shanahan, the new CEO of the Industrial Development Authority (the government body that focuses on inward bound investment).

There are others who believe that a reduction of the heavy bureaucratic process of establishing a company and simplification of the particulars of Irish tax law in the areas of employee share options could be tweaked to be more advantageous to start-up companies.

Mark Roden would like a level playing field for Irish companies. “Why can’t indigenous companies avail of the same corporate tax rate as the multi-nationals?” he asks.

But such improvements and challenges not withstanding, the Dublin tech scene is booming and the future looks bright.

As Will Prendergast concludes: “It’s like a flywheel, it takes a certain amount of energy to get it going but eventually you get to a point where it builds off its own momentum.

“We are nearing that point in Ireland where things are about to take off.”

Stephen Smith is a board member of Digital Irish, a not for profit whose mission is to provide a soft landing in the US for Irish start-ups in the digital media sector through regular fast-pitch meetups in New York. Visit digitalirish.com for more.