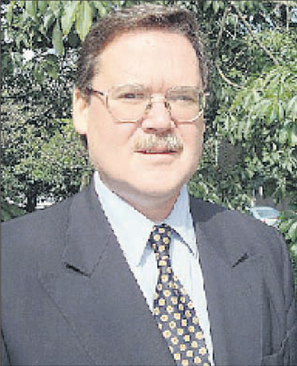 An interview with the editor-in-chief, Dr. Guillermo MacLoughlin.

Approaching its 140th anniversary, the Buenos Aires-based newspaper The  Southern Cross is the oldest continuously published periodical of the Irish diaspora. To put it in perspective, the oldest U.S. Irish publication, New York’s Irish Echo, only just turned 84.

Founded January 16, 1875 by Dean Patrick Dillon, a prominent political figure in Buenos Aires who later was elected to the Chamber of Deputies in the Province of Buenos Aires, The Southern Cross was conceived of as a Catholic newspaper devoted to preserving Irish identity in the immigrant nation of Argentina. As such, it was published exclusively in English (with some Irish-language lessons occasionally) until 1977, when it switched to a Spanish-language publication, with a few articles published in English each issue.

Dr. Guillermo MacLoughlin, the newspaper’s 14th editor-in-chief, attributes this shift to the relaxation of Irish-Argentine views on mixed marriages, so that by the late ’70s most Irish-Argentines would have had Spanish as their first language. Today, more than half a million Argentineans can trace their heritage to Ireland, Dr. MacLoughlin among them.

“On my father’s side I’m all Irish, sixth generation. My MacLoughlin forefathers came from Glascorn, five miles from Mullingar in County Westmeath. And the rest – the Maguires, Phillipses, Kellys, Garrahans – came mainly from the Longford-Westmeath border, but also from Wexford – the Rossiters and Sinnotts. But on my mother’s side I am very mixed. I have Spanish, Italian, French, and a little Irish heritage from her.”

Though he is a public accountant by trade, journalism actually runs in his family. His mother’s Irish connection is to a man who first immigrated to the United States and worked as a reporter before meeting a Spanish woman and relocating to Argentina. This route, MacLoughlin acknowledges, was very uncommon, because most of the Irish who came to Argentina came directly and had to have enough money to afford the journey.

“The Irish who came to Argentina, the majority of them at least, had nothing to do with the Famine. They came because they were looking for better economic conditions. They were the second or third or fourth sons who wouldn’t inherit the farm.”

It might not be surprising then that the oldest diaspora publication was born out of this relatively wealthy and well-educated population. But its success, MacLoughlin posits, is due to its assumption of an entirely Argentine identity and, though it was published in English, its emphasis on the commonality between Argentine culture and Irish culture, specifically with respect to the Catholic faith.

Even though it is a resolutely Argentine publication, MacLoughlin says its mission is larger than just bolstering the vibrancy of the Irish-Argentine community.

As far as how that is going, MacLoughlin says very well. Two thousand copies are printed, but the readership is much larger because each paper is shared among members of the family and community. “We estimate that an average of six people read each paper,” MacLoughlin figures. That, combined with the web page and the Facebook page, gives MacLoughlin hope for the future of the publication, especially given the fact that the staff is entirely volunteer-based.

Subscribing to The Southern Cross “is a family tradition,” he says. “There’s an important connection to the Irish people in Argentine society and they [Argentines in general] make a distinction between the Irish and the English. That’s why I think we’ve done so well.”

When asked how the mission of the newspaper has changed in the last 140 years, MacLoughlin hits on the issue of assimilation. “In the past, it was the voice of the Irish in Argentina. There was much more emphasis on Irish identity and independence for Ireland, but now we are focused much more on Argentina. Though many Irish-Argentines would like to see the unity of the island, that is not a main task for this paper to seek that.”

9 Responses to “The Southern Cross”

Leave a Reply to Stephen McKenna

How the 100th anniversary of the Easter Rising was commemorated throughout the world. ℘℘℘  CANADA Briona Nic...

Director of Celtic Argentina Dominique Dure. Despite Argentina’s historical ties to Ireland, prior to 1979 there was...

A Day in Capitan Sarmiento

Dr. Mario Dolan, who founded the Irish Argentine Society in 1987, died on October 3, in New York City. The...