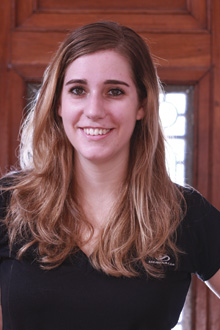 Despite Argentina’s historical ties to Ireland, prior to 1979 there was a glaring absence in the Irish-Argentine cultural exchange: Irish dance. Adam Farley talks to Dominique Dure, the director of Celtic Argentina School of Irish Dance about how that changed.

It started when Christine Rasmussen, an educator from Buenos Aires, traveled to Ireland in 1978 as a tourist to learn more about her heritage – two of her grandparents, Kathleen Kehoe and Edmund Proctor, hail from Wexford and Dublin respectively. While abroad, she came into contact with Marie Walsh, a prominent Irish dance instructor in Dublin, who invited Rasmussen to stay at her home and learn the traditional steps. When Rasmussen returned to Buenos Aires, she knew she wanted to promote what she had learned and began teaching in the main bilingual schools of Buenos Aires. She founded Celtic Argentina, the first ever school of Irish dance in the country.

The main objective of the Celtic Argentina School of Irish Dance has always been to promote and expand cultural awareness of Irish dancing. While not unsuccessful, it wasn’t until Riverdance and Lord of the Dance came to Buenos Aires in 2000 that the school really took off.

With the profile of Irish dance raised internationally, word of the school spread quickly, especially to those without any Irish connection at all. In fact, now they make up the majority of students at the school. “About 10% of our dancers have an Irish connection and in the past two years, we have had a couple of Irish-American students as well as some from Chile and Uruguay, who are either passing by or on a scholarship in Buenos Aires,” says Director Dominique Dure (who also happens to be Rasmussen’s daughter).

Today, one of the largest Irish dance schools in South America (and the largest in Argentina), Celtic Argentina boasts over 80 students, four-year-olds to adults, and has been active in helping out new dancing groups elsewhere in Argentina. “In Argentina we are well received by whoever invites us to participate in a show or event,” she says.

But most of their growth was self-developed. “Since our beginnings we have been organizing our own events, both artistic productions as well as social events,” Dure tells Irish America. And for the past four years they have organized a monthly ceílí that has become very popular among Irish descendants and the general public.

When asked what she thinks is the reason for the general popularity of Irish dancing when Irish descendants make up only about two percent of the total population, Dure gives two reasons.

First, that it is a “style of dance that demands discipline, timing, elegance, rhythm and also accompanied by music that raises your spirit, is an equation which one cannot avoid being attracted to. Irish music is also very inviting and encourages everyone to dance, so there is always a very enthusiastic response from the public.”

But Dure also thinks there’s something more tactile going on. “People are mainly attracted by the hard shoes,” she says. “Personally, I think that the sound of traditional Irish music combined with the rhythmical sound of the shoes is unique and magical.”

She herself began dancing with the school at the age of three, later becoming an instructor in 2006, when she was still a teenager. “Throughout the years I have participated in many festivals and Irish community and Irish Embassy events representing Ireland,” Dure, now 25, explains.

All that participation and exposure has paid off for the school, which recently organized the very first South American Irish Dance Gathering (video), garnering recognition from the Irish Embassy. After two years of preparation, the four-day gathering was a success, with 11 groups from Argentina, Colombia, Chile and Brazil, and teachers from Ireland, including Kevin McCormack and Shane McAvinchey. On the gathering’s final day, Ireland’s Ambassador to Argentina James McIntyre sat in the audience and praised the groups’ finale showcases.

It was at that event too where Dure was spurred to go to Ireland and get her teaching qualification from An Coimisiún Le Rincí Gaelacha, the Irish dance commission, which she did in Limerick in July, 2013. “This was a big achievement for me, a dream of mine came true,” she says.

“My main passion is teaching, so I want to be an Irish dancing teacher here in Argentina,” Dure says. “It presents a world with infinite possibilities that will continue growing for many years to come.”

You can check out more videos of Celtic Argentina on their YouTube channel.

The World Irish Dancing Championships were held in April in Glasgow, Scotland, and several Americans came away with...

Tara Sullivan talks about her life in sports, Irish dance, and the memorable people along her road to becoming the...