Both New York-born Irish Americans recognized how far they’d come from their respective Brooklyn and Bronx beginnings at the GIH gala at NYU’s Kimmel Center for University Life. 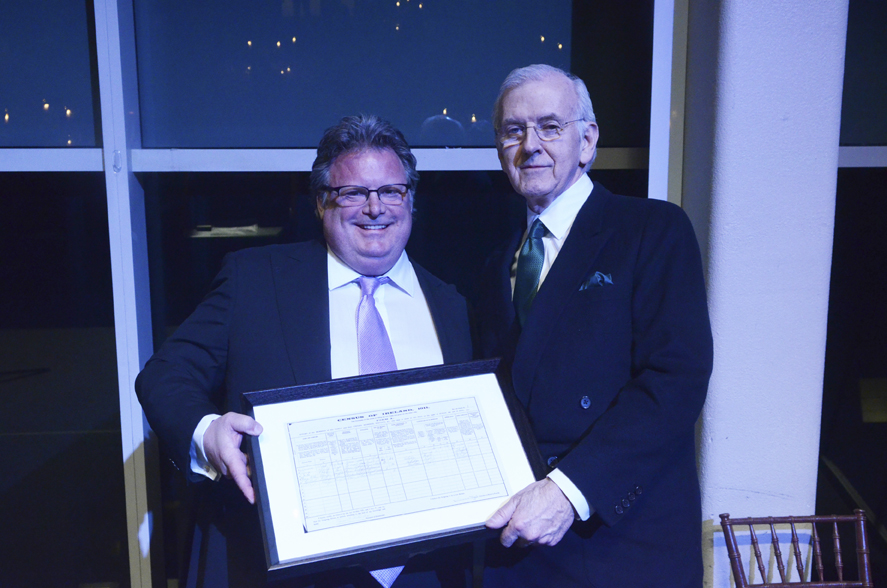 The Seamus Heaney Award for Arts & Letters is awarded in memory of the late Nobel Laureate who was a great champion of GIH, NYU’s center for Irish-American and Irish Studies. The Lewis L. Glucksman Award for Leadership, which Mr. O’Keeffe received, is awarded in memory of the co-founder of Glucksman Ireland House, whose career in finance, philanthropy and vision is relived constantly through the teaching, learning, and research fostered at Glucksman Ireland House NYU.