A Truck overturned by high winds on the M8 near Fermoy, Co. Cork. Photo: An Garda Siochana.

By Patricia Harty, Editor-in-Chief
April / May 2014

Ireland has experienced heavier than usual winter storms with high winds and massive flooding particularly in the Shannon River basin. The extreme weather also had a devastating effect on Ireland’s coastal fishermen with the entire fleet kept in port for weeks on end as storms raged offshore.

Meanwhile, in west Cork on February 10, two tourists were swept to their deaths by 70-mile-per-hour winds  as they went for a walk along the Sheep’s Head peninsula. Rescue crews later recovered the body of one of the tourists, but Dutchman Roland Decker and his German mate are both thought to have drowned. The men, ages 32 and 31, were frequent visitors to the area and were staying near Kilcrohane in Decker’s family’s isolated holiday home overlooking Bantry Bay. 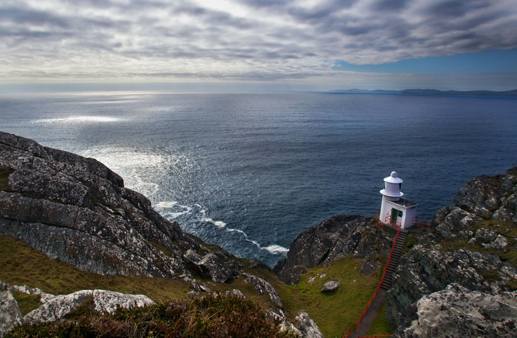 Sheep’s Head Lighthouse in Co. Cork where two hikers were swept to their death. 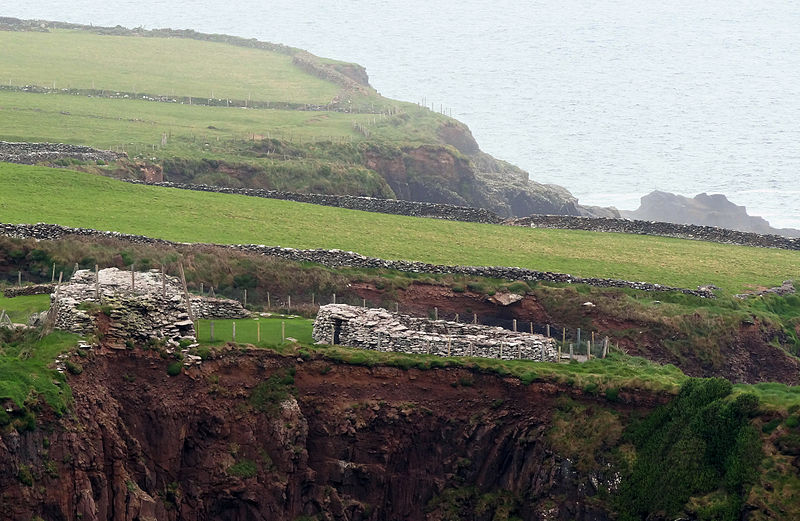 A large section of one of Ireland’s most famous prehistoric forts fell into the sea in Co. Kerry following a storm on January 25. The Dunbeg Fort on the Dingle Peninsula at Slea Head is believed to be over 2,500 years old. The popular tourist site is now closed to the public while the Board of Works assesses the damage to the Bronze Age gem.  The storm took with it almost 30 feet of the fort’s defensive wall and caused extensive damage to the fort’s main passageway.  The loss of the site is serious in that it is the best known and intensively excavated fort in the country, and is a major stopping point on the Wild Atlantic tourist route. Archeologists are worried that even more of the structure could be lost with the next storm.