William J. Flynn with his wife Peg, his sons Bill Jr. and Robert, daughter Maureen and four of his 11 grandchildren.

How the son of immigrants from Mayo and County Down found success in America but never forgot his Irish roots.

Each year when he returns to Ireland, Bill Flynn takes time to stand at the graveside of his grandparents in Loughinisland in County Down, just over the border from the Irish Republic. It is a beautiful part of Ireland, with the Mourne mountains sweeping majestically down to the Irish Sea and the wild Irish landscape providing a picturesque backdrop.

Bill Flynn finds peace there. It puts in perspective the incredible journey from this remote corner of Ireland to the top echelons of American business that he and his family have taken. As the son of Irish emigrants, Bill Flynn can appreciate the incredible pull of the land his parents had to leave behind. Every time he returns, he understands more about what that struggle to survive and the decision to leave home must have involved. As with millions before, the mystic chords of memory resonate even more with the passage of time. 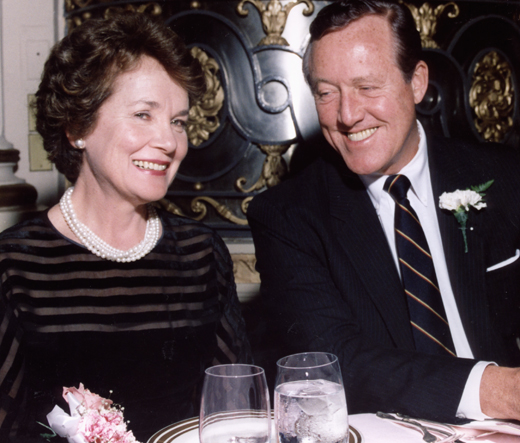 A few years back, local dignitary Lord Edward Ballyedmond invited Flynn and his wife to come for dinner at his castle. They flew there by helicopter and Bill sat at a banquet in his honor attended by the great and the good, including many British dignitaries, even some royalty. He couldn’t help but think back to his grandfather and father, who had worked the estates not far from where he sat, and what they would make of their boy now sitting amid the gentry.

“I reckon they’d be smiling. Perhaps they’d think it was a wonderful thing to see the family do so well. But I can’t be sure of that. For what they endured, at the hands of their masters in the North of Ireland, we will never know,” says Flynn.

His father, Bill Sr., would live the kind of life that adventure books are written about. He became tired of working the fields, the bone-weary and repetitive work with no hope of advancement. Like millions of Irish before him, he set his sights on North America.

Thus it was that Bill Flynn Sr. struck out for the New World, barely in his twenties, his son reckons, with one hand as long as the other. It was the time of World War I, and the Old World was convulsed in a senseless worldwide conflict. Bill Flynn Sr. wanted no part of that. He wanted better.

In Northern Ireland at the time, the impending partition would split north and south, lead to civil war and decades of conflict. A generation later, Bill Flynn Sr. could never have imagined that his son would be back and play a huge role in resolving that conflict.

Bill Flynn Jr. remembers his father as a mild-mannered man. “He was a man who had no dislike of the British, no hatred of anyone really. He was ambitious but only for his family. He was aware of second-class citizenship in the North but not in a fierce way.”

Flynn Sr. took to the high seas. He told his son years later that one of his key memories of that emigrant voyage was of a man called Ned the Fiddler, who at the departure gathering, made his fiddle sing, moving Flynn’s father to tears. Many years later, Bill Jr. took his mother back to Loughinisland to meet his father’s only surviving sister. Together they met up with the now very senior Ned the Fiddler, who one more time, took out his fiddle and with ancient fingers played “Little Town in the Old County Down.”

Bill Sr. ended up in British Columbia, where he went to seek his fortune in mining. From there he migrated down to Seattle and worked in shipbuilding. Then, in the early 1920’s, he set out for New York, but somehow stopped off in Butte, Montana, where he became employed by the Anaconda Cooper Company. While there he also trained and qualified as a stationary engineer, essentially the man in charge of the power for the mine. It was a valuable career that would stand him in good stead later, especially during the Depression.

Once in New York he met Anna Connors, from outside Castlebar in Mayo. She was a daughter of farmers who had taken the emigrant boat herself. She had a sister in Brooklyn who likely had sent the fare back to her. 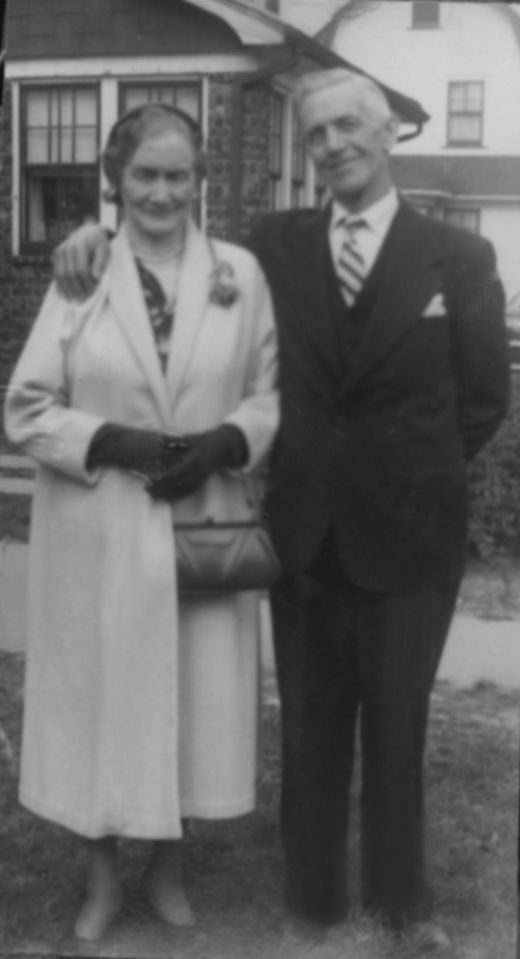 Anna and William Flynn. Anna hailed from County Mayo, while William came from County Down.

In 1925 Anna Connors and Bill Flynn were married. She was a working girl then, in Forest Hills, Queens, while he lived in Manhattan’s east sixties. He would ride out on the old Queensborough Bridge Trolley car to see her. The family believes that they probably first met at an Irish dance. Back then Irish emigrants didn’t talk much about what they left behind. There was a “great silence” about how hard life had been and how difficult it was to just get by. They also knew they were unlikely to go back. Bill Flynn’s parents were no exception.

“They wanted to look forward, to raise their kids in America, to put the bad times behind.”

Bill Flynn Jr. was born in 1926 and the family lived in East Elmhurst near what is now La Guardia Airport. They had a house of their own that they bought for $6,000, a fortune in the 1920’s. The small three-bedroom was the culmination of the emigrant’s dream: to own their own home. The bad old days in Ireland seemed long left behind.

Bill Flynn’s childhood was a warm and loving one, despite the hard times. It was a mixed neighborhood, “mixed in the sense of Irish and German and Italians. We were all one. The one thing I remember is that there wasn’t a single kid that was left out in any of our ballgames. We were all one big family.” 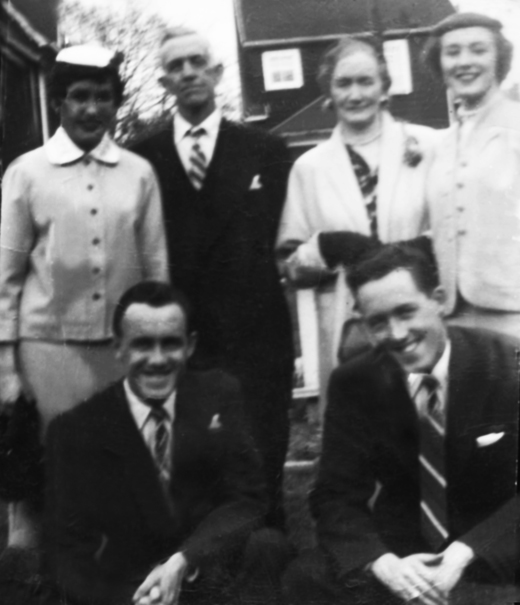 All in the family: Daughters Anne (left) and Caroline (right) and sons Hugh (left) and Bill (right) are pictured outside the family home.

Some of his earliest memories are of seeing planes flying out of what was then a tiny neighborhood airfield called North Beach Airport – today’s LaGuardia Airport.

That part of Queens then situated as it was on the banks of Flushing Bay, was as close to country living as could be found in the five boroughs. Flynn remembers the bay shore and the extensive grounds where La Guardia is now. There was rafting and canoeing and swimming at Flushing Bay long before the airport and the highways and the Triborough Bridge forever altered the landscape.

The Flynn family grew. Soon there were Anne and Caroline (both now deceased), and Bill’s brother and close neighbor and still best friend Hugh Patrick. Times were tough but the Flynns were better off than most. “People say you come of age and remember things of a certain era. I remember very vividly the Depression years and I remember the increasing realization that my father had employment, all because of that stationary engineer license. He was employed by the now defunct World Telegram & Sun newspaper right through the Depression. Others were unemployed for long periods of time. Flynn stayed with the paper up to the day it closed its doors in the early 1950’s.

“It was a time of real struggle. Often neighbors would come by for lunch or dinner. There was always food on our table. No one had to ask.”

Flynn reveres the memory of FDR and Mayor Fiorella La Guardia, who guided America and New York out of the Depression. “President Roosevelt gave people great hope and instigated various schemes such as loans and mortgage assistance, which allowed many people we knew to keep their homes. Nevertheless, one of the things I remember most vividly is that many people lost their homes, were left with literally nothing. Roosevelt did everything he could to stop all that.

“About Mayor La Guardia, I don’t remember the specifics, except that he raised spirits, he was a very enthusiastic leader, he felt and sounded like he was one of us. That was very important.”

Flynn’s school was PS 127, in East Elmhurst, right on the border with Corona, a neighborhood with a significant black population, so he had several black classmates and teachers in school. “We never thought anything about it. We were Polish, Jewish, Irish, Italian and black kids. It was an altogether very pleasant experience.”

He loved being an altar boy and remembers, with great pleasure and fond memories, PS 127’s principal, Mr. Greenberg, who had given Flynn permission to be late for school on the many occasions when he was asked to serve at funeral masses at St. Gabriel’s. Funerals somehow seemed quite frequent during the Depression. By 1939, at the age of 12, he graduated and was now ready to begin high school, when St. Gabriel’s parish priest, the Rev. Anthony J. Foley, whom Flynn greatly admired, strongly encouraged him to apply to Cathedral High School Preparatory Seminary in Brooklyn, a full hour and a half away by bus and subway. A good student, he began contemplating the priesthood. “It just seemed very natural at the time,” he recalls. “I thought I had a calling.”

Flynn’s parents, he remembers, had mixed feelings. They knew the loneliness of the life of the priesthood, but were proud of their eldest son.

In late 1945, he went on to the Seminary of the Immaculate Conception in Huntington, Long Island. Five years later, during which time he had delved deeply into theology, philosophy and several languages, the time came to make a deeper commitment. However, he had increasingly come to the view that the priesthood might not be for him. 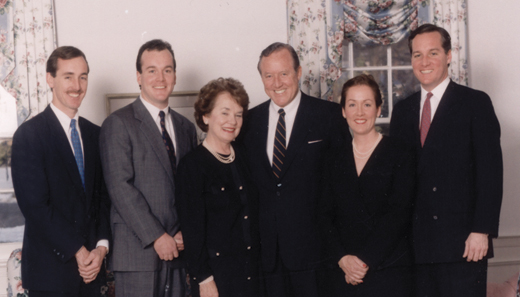 Still, he credits the grounding he received in the linguistic, philosophical, and theological worlds with making him a far more rounded person than he would have ever become otherwise. “You gain the ability to think beyond the here and now, to put yourself and your times in an historical context,” he says. It was a training that would serve him well in the years ahead. ♦