By Bridget English, Contributor
April / May 2006

An island in the Caribbean is probably the last thing people think of at mention of the words “Ireland” or “St. Patrick’s Day.” Believe it or not, the small island of Montserrat is the only place in the world besides Ireland that recognizes St. Patrick’s Day as a national holiday. The lush tropical island celebrates the day with an annual festival from March 11-18 with food, costumes, arts and crafts, an outdoor theater production and even a calypso competition.

Montserrat, known as the “Emerald Isle of the Caribbean” is the only island in the chain that has a significant population claiming Irish heritage. The reason for the large concentration of Irish immigrants can be traced to the 17th century when the island was a haven for Irish Catholics who had served out their time as indentured servants in the British West Indies and were fleeing antiCatholic sentiment on St. Kitts and Nevis Islands. Today the inhabitants of Montserrat are mostly descendants of marriages between these Irish and African slaves.

Over the centuries Irish people of all walks of life came to Montserrat, from wealthy landowners to poor indentured servants. The governing power, however, was England, with some short periods when the French took over.

The holiday commemorates a slave uprising that took place on St. Patrick’s Day in 1768. The day was chosen because landowners would be distracted by the celebrations. Though the uprising was unsuccessful – slavery wasn’t abolished on the island until 1834 – it struck a blow for freedom and is celebrated with great pride.

When the day was declared a national holiday in 1985, celebrations took place in the village of St. Patrick’s in the southern region of the island. Since the eruption of the Soufriere Hills Volcano in 1995, the area has been declared uninhabitable. 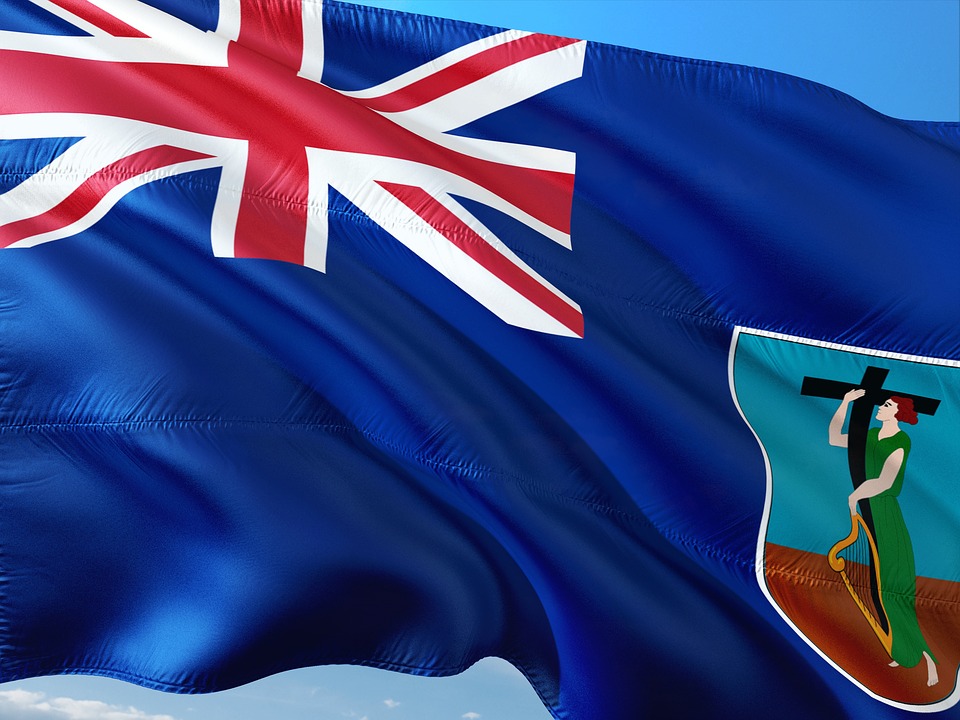 The flag of Montserrat features a woman in a green dress carrying a harp and cross, symbols of the Irish influence on the island. (Photo: Ronnie K / Pixabay)

This year the town of Little Bay is building a slave village as part of their festivities. The village will feature slave huts and a slave feast of goat water, stewed yard fowl and brush tea. The dancing masqueraders, masked mummers, kite festival and St. Patrick’s Day barbecue are unique to Montserrat. The inhabitants also follow more mainstream ways of celebrating, such as church services and local bars decorated in green and shamrocks serving creamy pints of Guinness.

Aside from their extravagant St. Patrick’s Day celebration, other touches of Irish can be seen in Montserrat inhabitants. Local speech is softly laced with Irish brogue, and many families boast Irish surnames. Irish folklore is prevalent, and the flag and official seal feature a harp and female figure derived from Irish heraldry. The island’s passport stamp is a shamrock, and Irish place names such as Galway Bay abound. Even the national dish, Goat Water, a stew made of mutton spiced with cloves and rum, has Irish origin. ♦