Sinn Féin was reeling from revelations that party official Denis Donaldson worked as a British spy for the past twenty years. Donaldson, a senior figure in party president Gerry Adams’ staff, issued a statement admitting to being a secret agent, causing major embarrassment to the republican leadership. 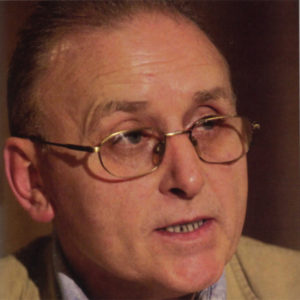 Donaldson’s admission came just one week after the British authorities,   acting “in the public interest,” withdrew all allegations of an IRA spy  ring at  Stormont. A high-profile police raid at Sinn Féin offices in  October 2002  purported to reveal extensive IRA intelligence gathering  at Northern  Assembly offices. In a stunt dubbed “Stormontgate” the  raid prompted  Ulster Unionists to withdraw from the Assembly in  protest at Sinn Féin’s  alleged activities behind the scenes. The unionist  withdrawal collapsed the  power-sharing institutions, and all efforts to revive them have since failed.

It transpires that Donaldson, now outed as a British informant, was the only one who had files confiscated by security forces. “All I know is that the chap who is running the Sinn Féin office up there turned out to be a spy,” remarked Taoiseach (Irish prime minister) Bertie Ahern at EU budget negotiations in Brussels. “It stretches my imagination.”

The fallout of the entire affair is likely to rumble on indefinitely. It will certainly test Sinn Féin’s confidence that there are no other informants within its ranks. Within the murky workings of intelligence agencies in Northern Ireland there are serious questions as to what public figures were aware of Donaldson’s covert activities and why Stormontgate occurred at all. And in the long term, it raises distrust at the still suspended Assembly, further jeopardizing the prospects of a return to power-sharing between nationalists and unionists. ♦

By Niall O’Dowd, Publisher This Easter time, despite Coronavirus and the suffering and isolation it...