County Mayo family lauded for its many achievements.

The O’Dwyer family was honored at a benefit for the Lower East Side Tenement Museum in New York City. Three generations of the O’Dwyers, both immigrant and American-born, have worked to improve the lives of citizens of New York City, and many of them have been in Irish America’s Top 100.

The oldest of seven children, William O’Dwyer came to New York from County Mayo in 1910 and had a stellar career. Beginning as a policeman, he later became a magistrate, the D.A. of Brooklyn, the Mayor of New York, and the U.S. Ambassador to Mexico. William’s brother Jim, who worked at the FDNY fire brigade, died in 1926 in the line of duty. The youngest brother Paul was a member and president of the New York City Council and was the N.Y.C. Commissioner to the United Nations. Paul also promoted peace and equality in Northern Ireland, and the founding of the State of Israel.

The O’Dwyers remain dedicated to positions of service and social activism through the law firm O’Dwyer & Bernstien, a civil and human rights law firm. Paul’s son Brian O’Dwyer is a partner at the firm and is the Chairman of the Board of the Emerald Isle Immigration Center. He is also a former U.N. Human Rights Commissioner. His uncle Frank Durkan — son of Mary O’Dwyer Durkan — is also a partner at O’Dwyer & Bernstien. The family also boasts two court justices in its ranks, Joan O’Dwyer and John Byrne. 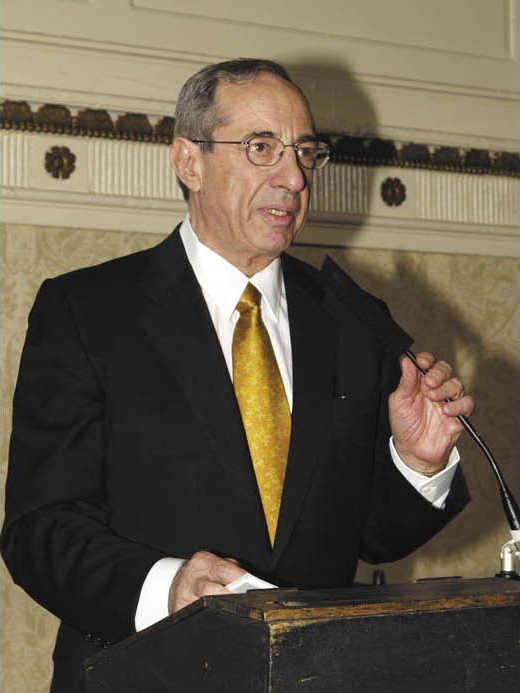 Former New York Mayor Mario Cuomo was one of many who honored the O’Dwyers at the celebration.

The O’Dwyers were honored because their achievements are rooted in their immigrant experiences and uphold the ethos of the Museum “to promote tolerance and historical perspective by the presentation and interpretation of immigrant and migrant experiences.”

Recently, real estate tycoon and Irish-American Raymond O’Keefe was named Chairman of the Museum’s Board of Trustees. The Museum is preparing for its upcoming Irish family apartment opening, set for May 2005. The Meehan-Moore family has been chosen to be immortalized in an exhibition to symbolize the Irish immigration story. ♦