A Taste of Freedom on Ellis Island

Of the many reasons for taking the ferry out to Ellis Island, The Statue of Liberty/Ellis Island Foundation’s current production, A Taste of Freedom is certainly on top of the list.

Written by the playwright Aurorae Khoo, the twenty-five minute drama follows the experience of an endearing Polish girl named Kasia on her journey to the United States through Ellis Island in 1914. Accompanied by her mother, Kasia makes the difficult transatlantic voyage to join her father, a factory worker who left Poland when Kasia was a young girl in order to make a better life for his family in America. Along the way, the women encounter other immigrants including a character named Louise Delaney Flaherty from County Cork, a saucy young woman who laments the fact that she was not on a boat that gained a reputation for fun because it transported women only. 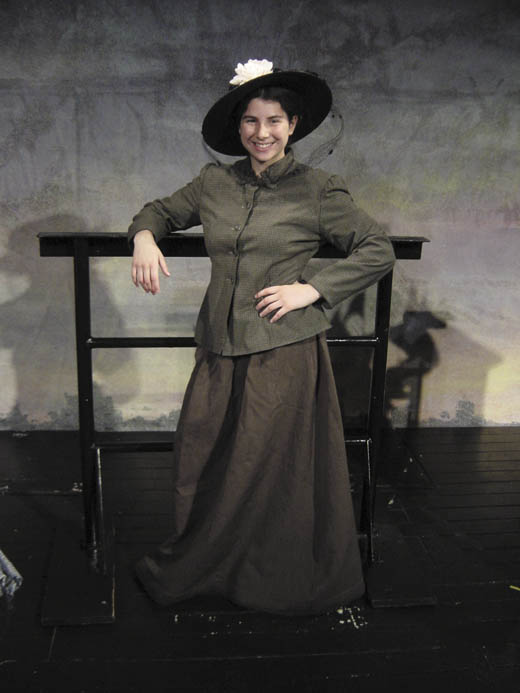 Directed by Marci Arlin, the play illustrates the challenges for the immigrants, from the difficulties of being at sea – including food shortages, over-crowding and illness – to their first emotional glimpse of Lady Liberty. They also endure the naturalization process at Ellis Island, with its terrifying medical examinations and intimidating immigration officers. 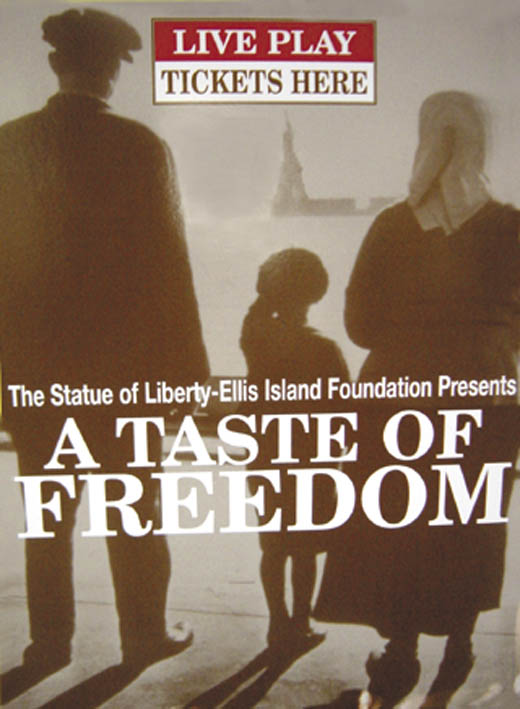 A Taste of Freedom will be running through November 2004 and is performed 7 days a week at the Ellis Island Museum.

A Taste of Freedom takes place on a ship that is loosely modeled on the Scythia, an actual vessel that carded immigrants to the U.S. The characters are based on immigrants who arrived between 1892 and 1954, when Ellis Island was the port of entry for U.S. immigration. During the show, photos of real immigrants are projected against the backdrop screen, adding to the drama’s authentic atmosphere. A Taste of Freedom captures all the joy, anticipation and fear that come with being transplanted in a strange, new land. ♦