Daniel McCarthy talks to Daniel Baldwin on the set of Irish Eyes.

Inspired by what he calls “credit card filmmakers” such as fellow Irish Americans Kevin Smith and Ed Burns, Daniel McCarthy ran up the bill on his pocket plastic to make his crime caper Irish Eyes, which will have its East Coast premiere in Boston on November 23.

The saga begins in 1955 in the Irish stronghold of South Boston. On the docks, the influence of the Irish mob is waning, while Italian gangsters are muscling in. This becomes clearly evident when immigrant laborer and accomplished boxer John Phelan is shot and killed for roughing up two Italian hoods.

John’s sons Sean and Thomas witness the execution, and it forever alters their lives. From there, Irish Eyes relies upon the time-tested cinematic device of two men from the same background choosing different paths in life. (For a fine example, go back to Pat O’Brien and Jimmy Cagney in 1938’s Angels with Dirty Faces.)

Sean Phelan (Daniel Baldwin) dabbles in crime and lands in prison, while Thomas goes off to college and a promising political career. 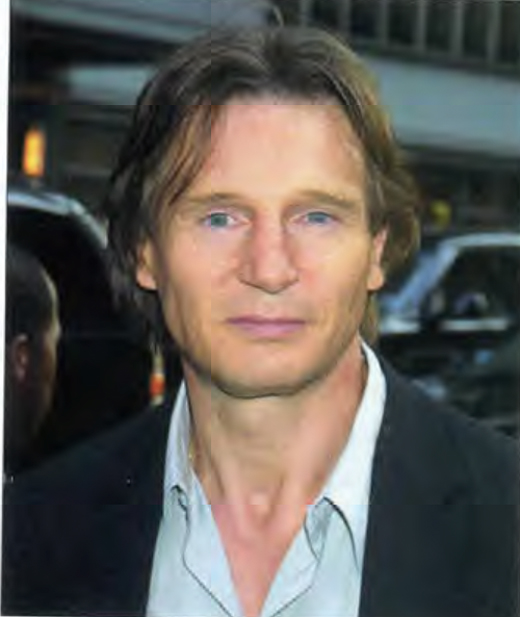 But the brothers’ paths never diverge completely, with one needing the other at different times, until they are both so deep into trouble the bullets must inevitably fly. Irish Eyes vaguely echoes the Boston Bulger brothers — William the politician, and Whitey the gangster. Let’s hope for the innocent people of Boston that the Bulgers’ real-life saga doesn’t eventually come to the same kind of bloody conclusion which Irish Eyes does. 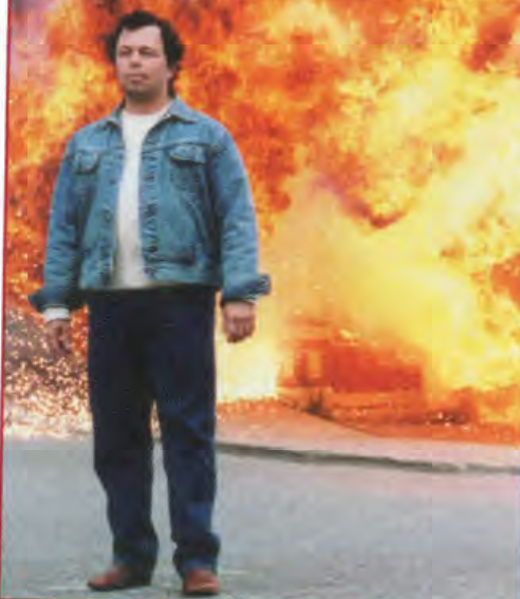 Speaking of gangs and blood, you won’t have to wait as long as you thought to see Martin Scorsese’s long-awaited Gangs of New York. Officials at Miramax films are now planning to release the 3-hour epic starring Daniel Day-Lewis and Liam Neeson in early December, rather than on Christmas Day. Why? Because co-star Leonardo DiCaprio has another film opening on December 25, Catch Me If You Can, in which he stars with Tom Hanks.

Gangs tells the story of Famine-era immigrants in New York who do battle with competing Protestant and Italian gangs. The film concludes with a re-creation of the New York City Draft Riots of 1863, when angry Irish laborers rampaged through New York — until they were eventually put down by predominately Irish cops and military officers fresh off the front from the Civil War.

The Draft Riots were by far the bloodiest episodes in New York history — before September 11, 2001, that is.

While Gangs will get an early release, Colin Farrell’s next movie may never see the light of day. Farrell stars in Phone Booth, which revolves around a sniper who sets his target on the Dublin-born star, this time around playing a corporate executive. When Farrell mistakenly answers a ringing pay phone, the sniper on the other end tells him he will be shot if he hangs up. Phone Booth also stars Kiefer Sutherland.

Officials at 20th Century Fox feverishly debated whether to release Phone Booth in theaters. They said the plot might resemble the sniper killings in Virginia too closely. The release of Phone Booth might now be delayed until next year. Another option would be to send the film straight to video and DVD. Phone Booth re-teams Farrell with director Joel Schumacher, who directed Farrell in his star-making debut, 2000’s Tigerland.

Hollywood veterans Pierce Brosnan and Kenneth Branagh, as well as several Irish newcomers, also have movies due to be released shortly.

The latest bout of Harry Potter-mania was dampened by the news that the legendary Limerick actor — and Harry Potter regular — Richard Harris had succumbed to cancer (see obituary on page 36).

In his last performance Harris teamed up with Belfast-born Kenneth Branagh in Harry Potter and the Chamber of Secrets, the sequel to last year’s wildly popular Harry Potter and the Sorcerer’s Stone. Also returning from Sorcerer’s Stone are kiddy star Daniel Radcliffe, Sean Biggerstaff, Robbie Coltrane, Rupert Grint and Alan Rickman. Branagh will play the mysterious Gilderoy Lockhart, in the movie directed by Chris Columbus.

Meanwhile, director and wunderkind Steven Soderbergh (Traffic, Erin Brokovich, Ocean’s 11) laid an egg with his recent ego trip Full Frontal. But he’s calling on Donegal-born Natascha McElhone (as well as a bloke named George Clooney) to help him regain his Oscar-winning form in Solaris, a remake of Andrei Tarkovsky’s famous 1972 Russian sci-fi flick. Clooney plays a psychiatrist launched into the wild blue yonder to investigate the disappearance of a space station crew. What follows is said to be a space odyssey which mingles fantasy and reality. 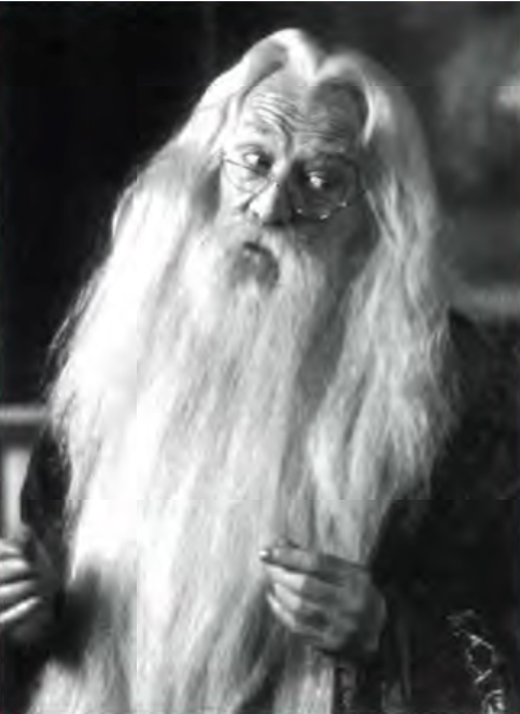 The My Left Foot, In the Name of the Father director tells the story of an undocumented Irish couple (Samantha Morton and Paddy Considine) trying to survive while living in a racially mixed Harlem tenement.

It hasn’t been all good movie news of late for Sheridan. Music legend Marianne Faithful recently pulled the rights to her biopic away from him. 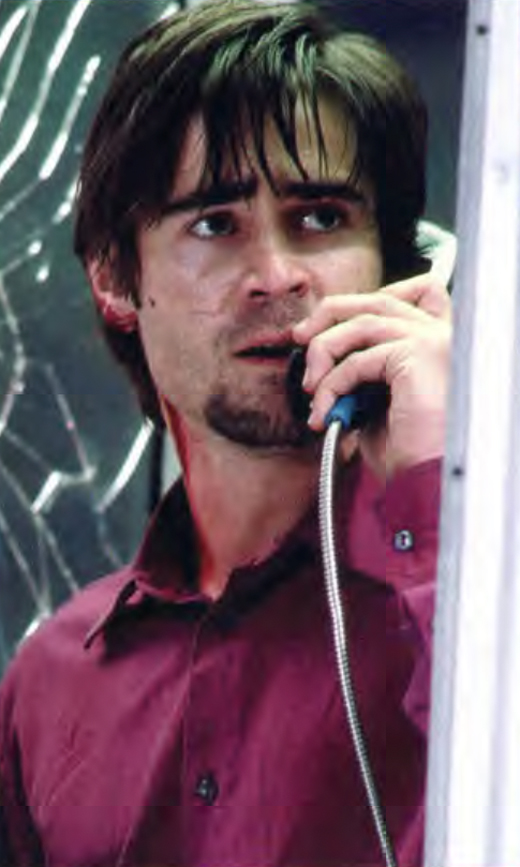 Faithful has said simply: “I didn’t like what Jim Sheridan did with it.”

Sheridan’s company Hells Kitchen had been developing a script based on the life of Faithful, a pioneer of celebrity life in the swinging 1960s.

The brave story of Irish journalist Veronica Guerin finally makes it to the American big screen. Cate Blanchett stars in the film named after the journalist slain in 1996, apparently because she wrote a series of articles about Dublin drug dealers. Veronica Guerin was not only directed by Joel Schumacher (see Phone Booth above), but Colin Farrell also makes an appearance. Belfast actor Ciaran Hinds also stars, along with Brenda Fricker.

In what could be one of the more quirky Irish-American films ever made, Spike Lee explores the stormy relationship between an Irish-American firefighter (Brian Cox) and his drug dealer son who is about to go off to prison in The 25th Hour. Barry Pepper and Philip Seymour Hoffman also star in this film based on David Benioff’s novel.

Finally, for all those who like to plan long-term when it comes to the ultra-busy Colin Farrell, you’ll only have to wait until February 2003 for his next release: Daredevil. The latest comic book flick stars Farrell as the evil villain of the costumed hero, a blind lawyer (played by Ben Affleck) who fights crime on the streets at night. ♦

Tom Deignan is the Arts & Entertainment editor for The Irish Voice and the book editor for Irish America.

It would take quite a dedicated film historian, or very creative film producer, to pick out any role in movie history...